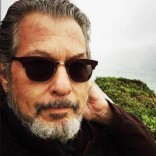 The Republican head of House Intelligence Committee has just canceled an open hearing into the Trump campaign’s collusion with Russia, and Rep. Adam Schiff (D-CA) is furious.

The ranking Democrat on the committee tweeted that Rep. Devid Nunes (R-CA)

This means that the public won’t have unfettered access to the testimony of the Director of National Intelligence James Clapper, CIA Director John Brennan, and former Deputy Attorney General Sally Yates when they do testify in front of the congressional oversight body.

Rep. Schiff called Rep. Nunes’s move to keep the testimony from the public a “serious mistake” that was the result of pushback from Trump’s White House.

“We don’t welcome cutting off access to public information,” he said.

Rep. Nunes’ latest evasive move has increased the calls from the Democratic side of the aisle to appoint an independent prosecutor to look into the accusations of potentially treasonous collusion with Russia that have dogged the Trump camp since the election.

Just yesterday, Rep. Nunes was forced to apologize to his fellow committee members for leaking information from intelligence documents directly to the White House – that is the subject of the investigation before sharing it with the committee. Trump used the information from Nunes as justification of his twitter rant accusing President Obama of “wiretapping” Trump Tower.

Such partisan behavior has eroded confidence on the Democratic side that a bias-free investigation is possible without an independent prosecutor and led to calls even from other Republicans for Rep. Nunes to step down from his position.

Rep. Schiff deserves congratulations for forcefully defending the rights of Americans to an independent and in-depth investigation of actions that could only be called traitorous. 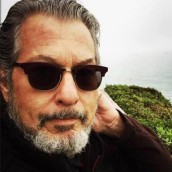