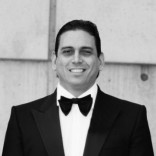 As the saying goes, sometimes the wisest words come ‘out of the mouthes of babes.’

14-year-old Owen Pallenberg wrote a poem entitled “The Race” that captures the absurdity of both the 2016 Presidential election, and the first 75 days of Trump’s presidency. better than anything you’re likely to read:

A man and a woman were running a race.

The man dressed in red with a very orange face,

And the woman dressed in blue with a pantsuit and a briefcase.

The race was much longer than a dash, mile or marathon,

And to many Americans it felt like it went on and on.

This was a race of old and new ideas and one thought,

And so the race started with the sound of a gunshot.

The woman dressed in blue was off to a great start,

She was gaining support and was eager to do her part.

However the man in the red was racist and sexist I’m sure you would agree,

He even said he wanted to grab a woman by her…

As the competitors turned the corner you got a glimpse of the fans,

And you could hear in the distance a chant about a man with small hands.

He claimed his hands and feet were quite big,

All while having a bright orange spray tan and a big yellow wig.

About halfway through the race the man was falling behind,

And the supporters of the woman were happy to have saved mankind.

As the competitors were nearing the finish line,

The people in blue were already celebrating and drinking their wine.

The woman approached the finish with a big, wide grin,

But then something happened that seemed to be the work of Vladimir Putin.

The woman fell down and lost her lead,

The win began to feel a lot less guaranteed.

The man hurdled over her body and crossed the finish,

And we all knew our Nation’s reputation would certainly diminish.

The man had somehow done it, he actually won,

The supporters in blue sat in shock and ceased all of their fun.

The man was apparently going to Make America Great Again with his campaign,

The results of this race tore apart our land,

As millions of Muslims were immediately banned.

This man can do absolutely no good,

Except run his mouth and claim he was just misunderstood.

The man has stated “we need global warming” for all to hear,

Which has made me quite certain that the end is near.

He has called women ugly and fat,

Which has left me wondering how he could have won the race and done all that.

After insulting and making fun of men and women nationwide,

I’ve become mortified, horrified, and have lost my American pride.

Every time he talks or makes a speech,

We hear ya, Owen.  Keep up the good work.  We hope your poem knocks some sense into members of Congress, and that they see to it that Trump’s presidency finishes the same way your last verse does. 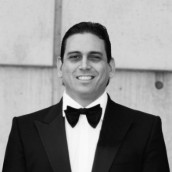