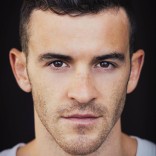 Here Are The Best Signs From Today’s Climate Marches

Neo-Nazis are holding an anti-Trump rally in Pikeville, Kentucky because they feel “betrayed” by Donald Trump for not immediately delivering on his most extreme promises.

“I’m sorry I voted for the son of a bitch, I really am. I’m sorry I spent $180 out of my own pocket to buy three big banners that said, ‘President Trump, build the wall.’ Now he says, ‘Eh, what wall?’ I’m embarrassed that I voted for him. If I could take the vote back, I would.”

Today marks Trump’s 100th day in office of a Presidency rife with failures. Trump’s inability to begin the process of building the wall and repealing and replacing Obamacare has left his most conservative supporters furious.

The neo-Nazis chose Pike County for their rally because it is 98% white and about 80% of the voters there supported Trump in the general election. They claimed that they “sought to attract white working families and build a more mainstream political movement.” Local residents, though, are “furious, scared and resentful of the gathering.”

One local resident said of the neo-Nazi rally:

It is “setting back Pikeville 100 years.”

It is important to note, as well, that unlike Berkeley and Seattle – the site of recent clashes between pro-Trump and anti-fascist protestors – Kentucky is an open-carry state, and many of the extremist groups that plan to be in attendance have already promised to arrive armed. A leader of one of the groups, the Traditionalist Workers Party, promised to show up with AR-15 rifles and full body armor.

There is at least some irony in angry neo-Nazis holding a rally because the President did not go far enough on his most abusive policy promises in a town of Trump voters that will be infuriated over the presence of even more dangerous Trump voters.

By appealing to the most racist, bigoted, and dangerous individuals, Trump has found himself in an unwinnable situation; he is losing his supporters to whom he promised something impossible. Should he try and fulfill those promises anyway, he will certainly further abandon the already disillusioned moderate Republicans who backed him. This, in a nutshell, is why a campaign built on fear-mongering and hate is destined for failure in the United States. 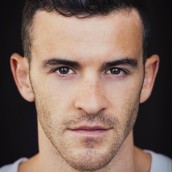