Given all the tragic shootings and unseemly acts of racism by recently committed by police, it’s hard to believe that it has been year since the shooting of Michael Brown by Ferguson, Missouri Police Officer Darren Wilson. The skewered ruling that absolved Darren Wilson essentially codified the cynical belief that police are indeed “above the law.” Seriously, that is some major job security. Now, one would think that Police in Missouri would want to stay out of the news as much as possible. However, the St. Louis Post-Dispatch reported a Missouri police union declaring the one-year anniversary of the shooting of unarmed teenager Michael Brown to be “Darren Wilson Day” on their Facebook Page.

The post, made by the Columbia Police Officers’ Association in Missouri, naturally caused anger, with protestors assembling today outside the police department.

The union is a “trade organization that is not accountable to the City of Columbia,” Robert McDavid, the mayor of Columbia posted on Facebook.(TPM)

The group claimed post claimed that the shooting had no element of race, referring to Wilson as an “innocent, but persecuted, officer,” according to the Post-Dispatch. Further, they said Wilson was innocent because of “the fact that he was thoroughly investigated… and found he did NOTHING wrong,” according to the report.

Regardless of your views on the Michael Brown shooting, it shows both poor taste and bad judgment to do something like that on the anniversary of the shooting.

Protests erupted again on Monday in remembrance of Michael Brown; a state of emergency was once again declared as shots were exchanged between protesters and police, leaving one protester in critical condition. An eight-lane highway was blocked off, and several arrests were made. The situation is still developing. 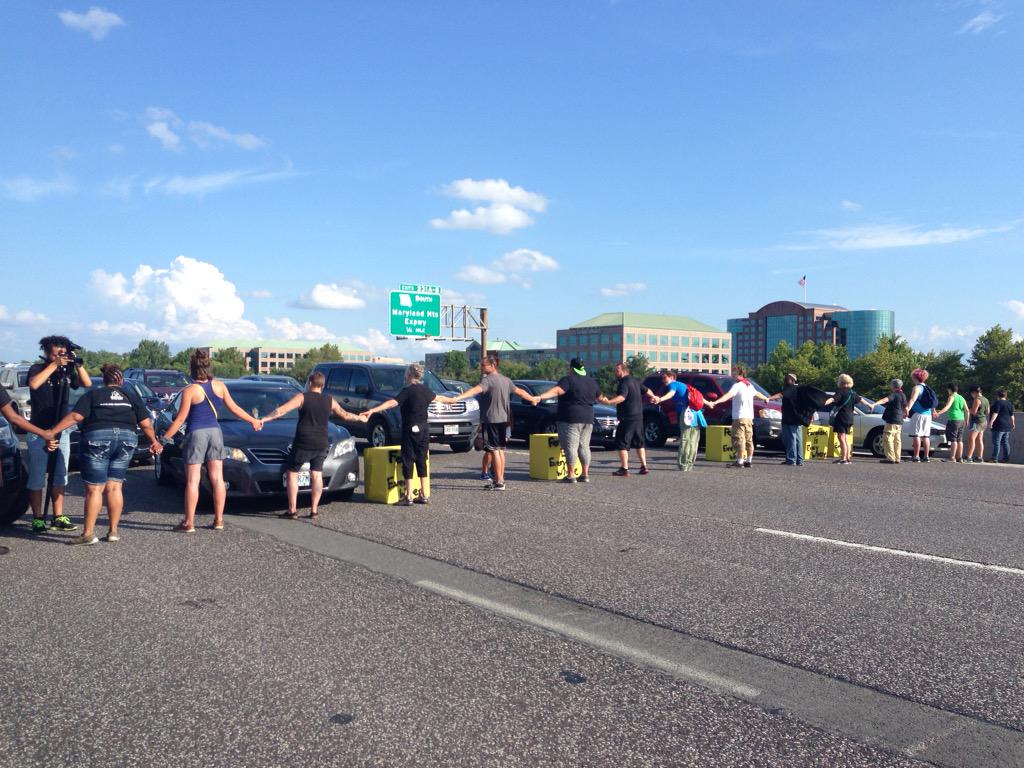 Highway 70 shut down by white allies holding it down #Ferguson