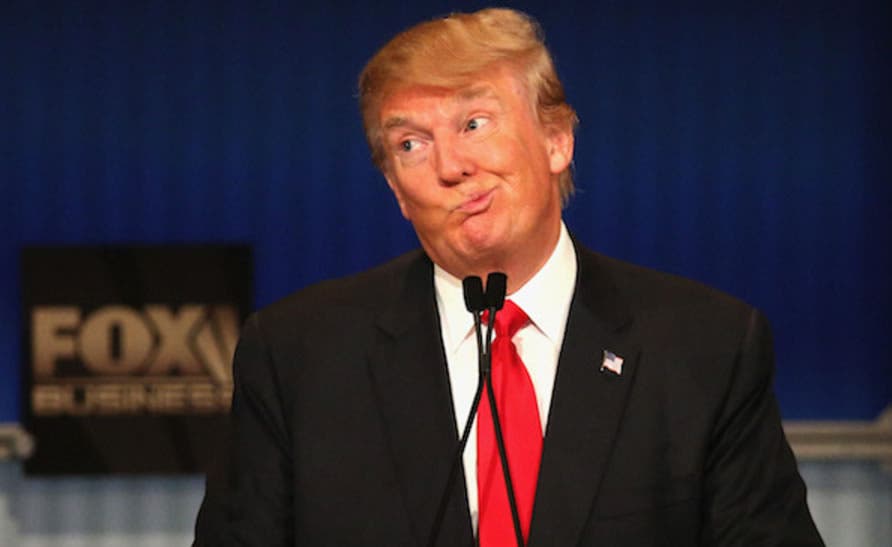 Republican front-runner and avowed racist Donald Trump has recently stepped up his xenophobic rhetoric against Mexico and Hispanic immigrants as he draws closer to white supremacist groups, doubling down on his absurd proposal to “make Mexico pay for a border wall.” In response, the legislators of Mexico City have unanimously passed a bill that bans Trump from entering the city.

While it is largely a symbolic gesture since the city can’t compel the federal government to enforce it, it sends a message that the representatives of the Mexican people want their president to take a stronger stand against Trump’s divisive and hateful rabble-rousing. “What we’re saying is that if he wants to build a wall so that Mexicans can’t enter his country, then he is not welcome in our country. What we need now is for President Peña Nieto to make a strong statement condemning Mr. Trump’s anti-Mexican comments” said Deputy José Manuel Delgadillo.

Deputy Víctor Hugo Romo agrees, echoing the multitude that are comparing Trump’s rise to the terrible fascist dicators of the 1930s. “Hitler was very popular…He generated a lot of sympathy by adopting nationalist politics that vindicated the Germans’ sense of self-worth. [Trump] is practically a copy. I consider Donald Trump a chauvinist, a misogynist who fosters and leans towards toward repression. … He doesn’t respect diversity.”

The Mexican government, for its part, declared unequivocally today that they will not in fact be paying for any “wall.” You see, Mr. Trump, international relations is a two-way street. One can exploit and incite racial prejudice all you want, but when it comes to actually governing, you might find a very hostile and unfriendly world waiting for you out there – a world which will not sit back idly while you insult their people for political gain. Trump’s refusal to treat other nations with respect is a threat to our national security and a surefire way to turn the United States into an international pariah, undoing all the progress that President Obama has made in re-establishing the credibility and influence that was squandered by the George W. Bush administration. He must be stopped before it is too late.