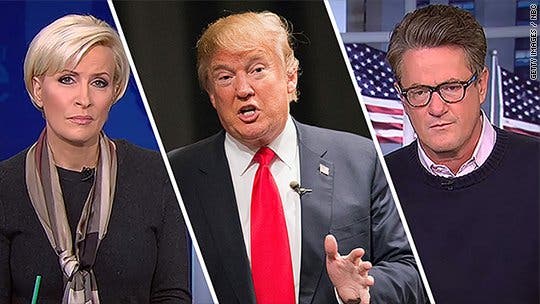 Explosive leaked voicemails from Donald Trump’s cellphone reveal a very cozy relationship with important figures in the liberal media, which goes a long way towards explaining why they give him so much free airtime and rarely challenge him on the practicality of the rambling slop of ethnonationalist bigotry and delusions of grandeur that pass for his “policy proposals.”

A group of hackers that frequent the website 4chan apparently were able to badger a Verizon employee into letting them reset Trump’s voicemail password, allowing them access to old messages left by MSNBC anchor Tamaron Hall (“T-Hall”) and hosts Mika Brzezinski and “Morning” Joe Scarborough. Morning Joe somehow has four hours of airtime every day, the vast majority of which is spent devising ridiculous excuses for Donald Trump’s behavior and promoting his platform of lies.

Listen to the voicemails yourself: