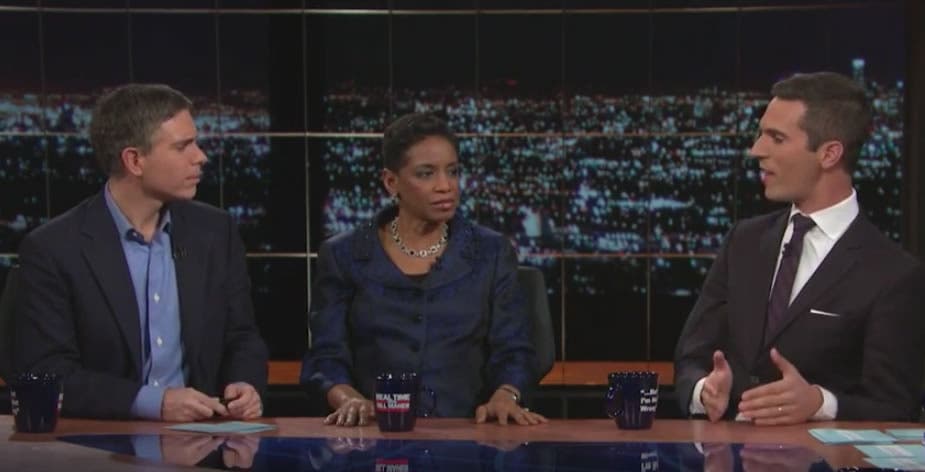 Watch: Obama Calls Out GOP Candidates For Lying About His Economic Record, “It’s An Alternate Reality!”

In this clip from last night’s Real Time, Bill Maher’s panel discusses Senate Mitch McConnell’s refusal to even consider whoever President Obama might nominate to fill the seat on the Supreme Court left vacant by the recent death of Justice Antonin Scalia. NPR journalist Ari Shapiro begins by remarking that “nobody ever votes based on the Supreme Court, but it is arguably the most important issue, it affects literally everything that touches American’s lives.”

Democratic Representative Donna Edwards of Maryland perfectly nails the heart of the issue, calling out Republican obstructionists for relentlessly attempting to tarnish the legacy of President Obama and discrediting all the progress our nation has made under his administration.

“I think the President is going to make a nomination, and at the end of the day there will be enough public pressure that there will be a hearing. The average time that a Supreme Court nomination has been pending is 67 days – he could make multiple appointments between now and then. Think about the idea that these people who describe themselves as” Constitutionalists” want to take one of the most simple ideas in the Constitution and deny this President that. Is that about race? Yes it is. Is it about questioning the legitimacy of this President? Absolutely, and it’s got to be stopped, and only the American people can stop this.

She’s absolutely right. The Republican Party has torn itself apart in its relentless quest to undermine and roll back everything that President has achieved over the past eight years, and the rise of Trump is one of the more obvious consequences of America’s frustration with establishment Republicans. Polling in Pennsylvania and Ohio show that American overwhelmingly believe that Obama should be able to nominate a Justice before the end. If the GOP wants to continue down this road, we must make them pay for it at the polls.