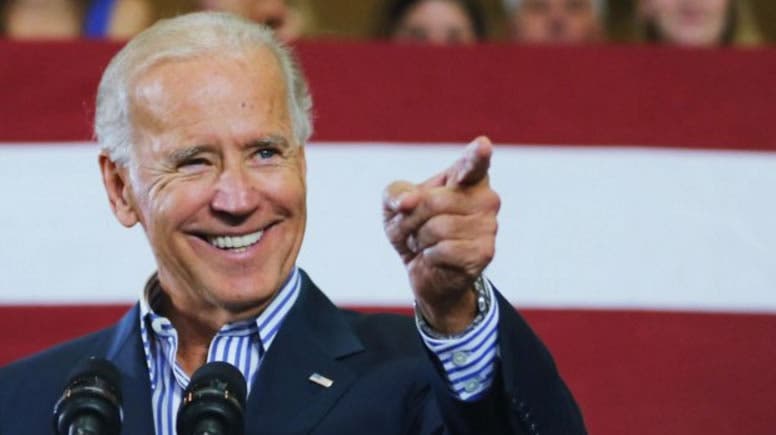 Vice President Joe Biden took to the podium at the Gridiron Club and had some amusing things to say. Addressing the crowd of nearly six hundred prominent media and journalistic figures, politicians, and other members of Washington civil society, he had some sharp quips aimed at the Republican circus of presidential candidates, lampooning Ted Cruz for being a despicable monster, Trump for his racism, “Morning Joe” Scarborough for his distastefully biased punditry, and Marco Rubio for being incapable of composing an original thought that wasn’t a pre-prepared talking point:

“And here I am at the Gridiron, seven years after I first spoke here.You guys have an African-American President succeeded by an Irish-American Vice President. Doyle, I like the way this place works. In fact, the other day I walked into the Oval and said, “Barack, I think you should resign.” He said, “To join the Supreme Court?” I said, “Sure, whatever.”

The fact is we all have a lot in common. Like you, I’ll be out of a job in a year, as well.And – like you – I’m thinking about what I’ll do next.I was actually thinking about starting a morning show.Invite interesting people. Talk issues of the day. I already thought of a catchy name—“Morning Joe.” I’m only kidding. Why in the hell would anyone watch a show called “Morning Joe?”

A lot of you have brought up a clip from a speech I made in 1992. On the Senate floor. Talking about a potential nomination to the Supreme Court. Look, what can I tell you? That was a different time. A Clinton was at the top of the polls. The Bush dynasty was in trouble. Donald Trump was saying outlandish things. As I said, a totally different time.

Marco Rubio: That debate where Robo Rubio appeared. Look, it shows exactly why I’ve never bothered with any talking points. They just get you in trouble. And when Marco brought my name up in a debate, he said Biden’s got 1,000 years of experience in Washington.

Well, you know what that makes me? A millennial. That’s why I’m on Snapchat—which is perfect for me. It cuts off me after 10 seconds. And everything disappears the next day. But Twitter, now that’s another thing. I can’t even say “hello” in less than 140 characters.

Ted Cruz? An inspiration to every kid in America who worries that he’ll never be able to run for President because nobody likes him. He’s running. And look, I told Barack, if you really, really want to remake the Supreme Court, nominate Cruz. Before you know it, you’ll have eight vacancies.

And Donald Trump. Donald has attacked every person of color – except John Boehner. And he has demonstrated that he has a very difficult time when he has to deal with bright women of authority, like Megyn Kelly and Governor Nikki Haley. Can’t you picture it? Can’t you picture his reaction watching Hillary take the oath of office? It’s going to be worth the price of admission. But folks, on a serious point, Trump said he likes “people who don’t get captured.” What a terrible thing to say about my friend and a genuine war hero, John McCain. So tonight I call on Donald Trump to be a man of his word – and release Chris Christie right now.

Folks, if you’re still trying to figure what’s happened and why Trump is on top. Even after insulting war heroes, immigrants, women. The Pope. Well, it’s simple. As my father used say,“When the eagles are silent, the parrots begin to jabber.” Wait, maybe that was Winston Churchill.”