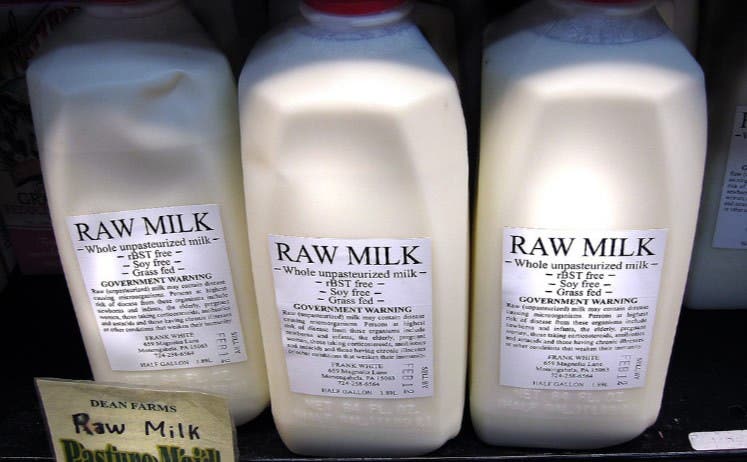 Anti-regulation Republicans in West Virginia were just taught a very important lesson about the importance of food safety rules in the most poetic way possible. After state legislators passed a bill allowing those who own shares in a herd of cattle to consume raw milk, Delegate Scott Cadle (R-Mason) brought in a case of the unpasteurized dairy for him and his fellow legislators to drink if they liked to “live dangerously.”

To the surprise of nobody, several lawmakers promptly fell sick. They insist that it’s not the raw milk, but it’s too much of a coincidence to take that seriously. The state Bureau of Public health has started an investigation into the milk after reports of sickness began circulating. Mr. Cadle would not reveal where the milk came from, since he actually violated a law that prohibits offering or selling raw milk to the population: “I might have been breaking the law…Hell, I don’t know. I gave it away.

I got a place to get it, and I’m not going to tell where I got it. It was free.”

The CDC and the FDA warn against drinking raw milk because studies show that “unpasteurized milk is 150 times more likely to cause foodborne illness and results in 13 times more hospitalizations than illnesses involving pasteurized dairy products.”

It just goes to show how grossly misplaced Republican priorities are. West Virginia is one of the poorest states in the union, with 18.5% of its population living below the poverty line. As the fossil fuel jobs dry up, the pollution they’ve left behind in its wake has permanently scarred the land, poisoning the water that thousands use to drink – but this is what the West Virginia legislature is wasting its time on? It’s about time we started electing legislators who won’t waste time on frivolous nonsense like the freedom to poison yourself with raw milk or the right to give guns to toddlers but instead work to improve the lives of their citizens and focus on the real issues affecting the American people.