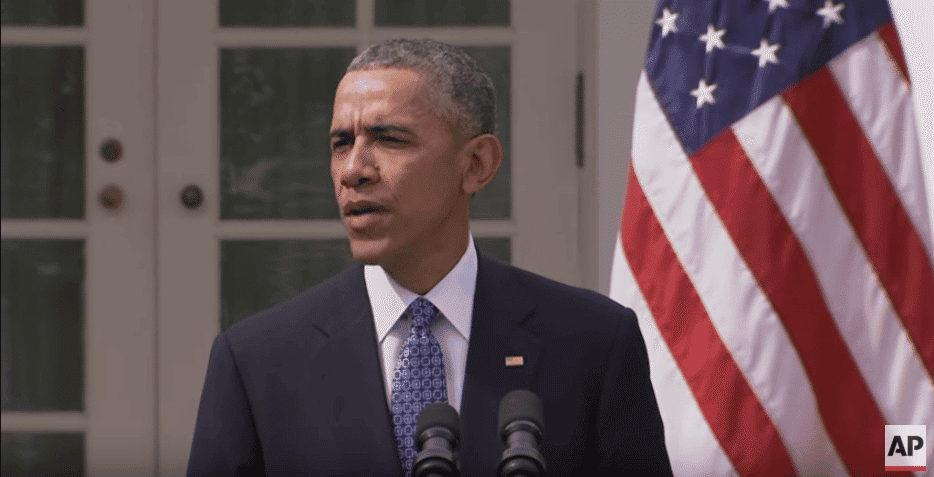 Republican Senator Slips Up, Admits Their SCOTUS Obstruction Is Unconstitutional

In this clip, President Obama destroys the absurd narrative that somehow he’s to blame for the rise of Donald Trump and the implosion of the Republican Party. Our noble president has been blamed by Republicans for pretty much everything that’s gone wrong over the past eight years, while all of his accomplishments are tarnished and discounted – but even this is a stretch.

“I have been blamed by Republicans for a lot of things, but being blamed for their primaries and who they’re selecting for their party is novel” said the President at a press conference today, undoubtly holding back a roll of his eyes. I don’t think that I was the one to prompt questions about my birth certificate… I don’t remember saying, ‘Hey, why don’t you ask me about that? Why don’t you, you know, question whether I’m American or whether I’m loyal or whether I have America’s best interests at heart. Those aren’t things that were prompted by any actions of mine. And so what you’re seeing within the Republican party is to some degree all those efforts over a course of time, creating an environment where somebody like a Donald Trump can thrive.

It really is astonishing how the Republican Party operates in its own reality, where facts don’t matter and the truth is whatever they say it is. Eight years of barely disguised racism and partisan obstructionism justified by vague appeals to whatever “real conservatism” might be has left the Republican voter base furious at an establishment that is flagrantly disregarding the demands of their constitutents and failing to fulfill their constitutional obligations. The Republican Party has made their own bed in the muck of ignorance and discrimination, and now they must watch as Donald Trump gleefully frolics in it.