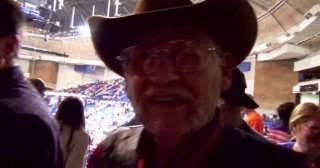 Obama To Republicans: I Didn’t Create Trump, Your Bigotry Towards Me Did

Trump’s most recent rally came with its usual share of shocking violence. A Trump supporter identified as John McGraw sucker-punched a black protester as he was being escorted out by Trump’s security goons. The incident was captured on video and went quickly viral, widely condemned by the public as an increasingly repressive Trump continually incites violence and encourages his followers to attack protesters.

Mr. McGraw was unrepentant. “He deserved it. The next time we see him, we might have to kill him. We don’t know who he is. He might be with a terrorist organization.Number one, we don’t know if he’s ISIS.

We don’t know who he is, but we know he’s not acting like an American” said the clearly deranged man of 78 years from Linden, North Carolina.

He revelled in the opportunity to hurt a black man, saying that “you bet I liked it. Knocking the hell out of the big mouth.”

McGraw was later arrested and charged with assault, battery, and disorderly conduct.

The implications of him enjoying the punishment of a black man for speaking out against a white man is as racist as you can get. His statements reveal an alarming ignorance that appears to be a common theme among Trump supporters; he also seems to have a perverse interpretation of what an “American” is, because anyone with a cursory knowledge of our history would agree that standing up against a tyrant is a very American thing to do. The racism and violence of Trump’s rallies are increasing with rapidity, and it looks to be only the beginning. We should all be very worried as Trump descends deeper into the depths of fascist tyranny.