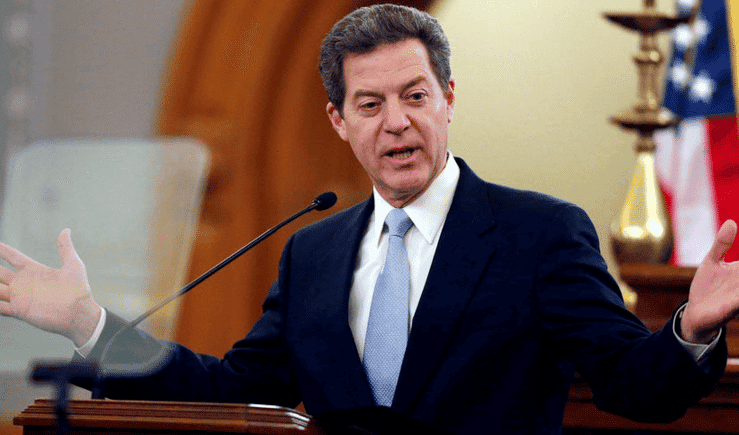 Governor Sam Brownback’s staggering mismanagement of the state of Kansas has offered a glimpse into the horrors that the Republican Party have in store for our nation should they ever take back the White House. Brownback ran his state’s economy into the ground with colossal tax cuts for the rich and gutting public service programs in his crusade to see what would happen if you actually implement the Kochs’ extremist free-market ideas. The result was an utter disaster, to say the least. After his tax cuts, “state revenues plummeted by nearly $700 million in a single fiscal year, both Moody’s and Standard & Poor’s downgraded the state’s credit rating, and job growth sagged behind all four of Kansas’ neighbors.”

Brownback and his extremist cohorts organized election challengers by upstart Tea Partiers against anyone in the legislator who dared stand against him, bankrolled by millions of dollars from the Koch Brothers’ Americans For Prosperity. This left him with a supermajority in the statehouse and nobody left to challenge him – except the state courts, which found in 2014 that his devastating cuts to education were unconstitutional.

But the power of judicial oversight may soon be coming to an end as well.

State legislators have proposed Senate Bill 439, which would allow for “the impeachment of any Judge who acts contrary to the wishes of the legislature.” A naked power grab that would make an African dictator proud, it represents a breakdown of the checks and balances of power that are integral to a functioning democracy. This isn’t even the first time they’ve tried something like this – their first attempts, “a law weakening the high court’s authority and threatening to end all judicial funding was thrown out as unconstitutional.”

This one will likely be also be found to be unconstitutional, but consider that Brownback had framed his entire budget-wrecking rampage as an “experiment” to showcase the value of neoliberal extremism in contrast to President Obama’s “socialistic government overreach.” Is this where the experiment ends? Is this what the Kochs – who have funded Brownback’s entire career –  have planned for America? Our democracy gelded and torn asunder while oligarchs rule of the impoverished masses? That may soon be a reality for the suffering citizens of Kansas.