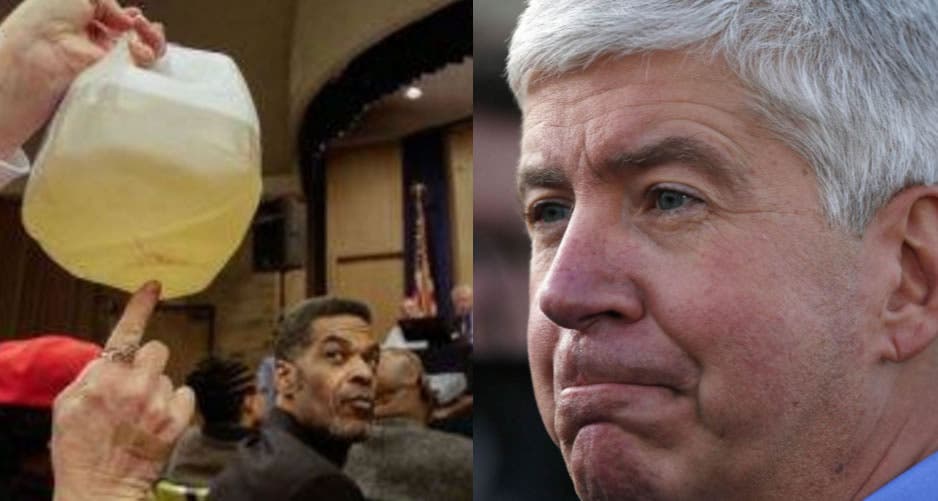 Trump’s Son Made Fun of Chicago Protesters, and John Legend’s Response Is Perfect

The embattled Republican Governor of Michigan has recruited two legal firms and an army of lawyers to defend himself against lawsuits filed against him for his role in the mass poisoning of the people of Flint with lead-contaminated water. But watchdog agencies in the state are crying foul – because he’s trying to use taxpayer funds to pay them with, potentially violating state law.

Snyder put in a request for a staggering $1.2 million in state funds to pay his $540-an-hour lawyers, prompting the state advocacy group Progress Michigan to file a legal complaint against the Governor.  “This is clearly for Snyder’s personal legal defense. Governor Snyder has a net worth of roughly $200 million. He can certainly afford and should be required to pay for his own legal bills” says executive director Lonnie Scott. “The state of Michigan is not your personal piggybank, and we will not let you run it into the ground.”

Critics demand that the money Snyder requests be spent on the people of Flint instead. “Paying more for high-priced lawyers than we are for school nurses or fully refunding victims is another kick in the teeth to taxpayers and my community. Our priority should be sending every resource we can to removing pipes and protecting kids, not covering legal fees” railed Flint Democrat Jim Ananich.

It is absolutely disgraceful for Snyder to use taxpayer money – the vast majority of which comes from low-income residents like those poisoned in Flint thanks to his disastrous tax reforms – to subvert justice and to try to weasel himself out the punishment he dearly deserves. The people of Flint have suffered too much to bear this insult to their grevious injury.