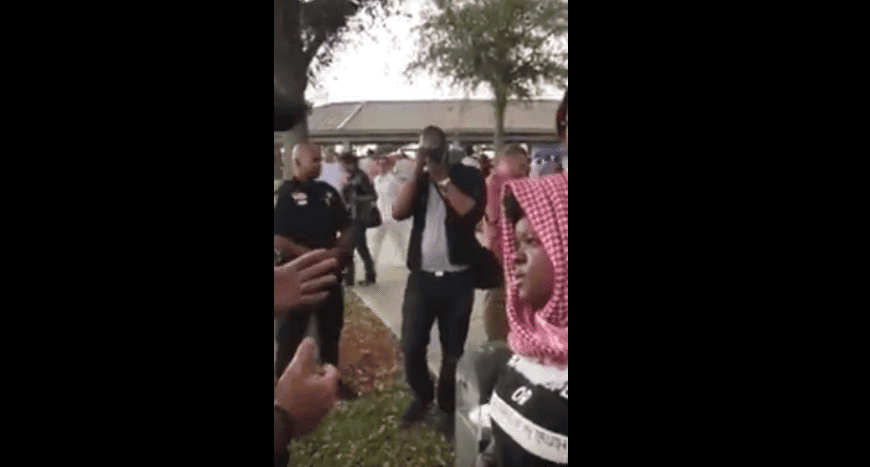 North Carolina Police: We May Charge Trump For “Inciting A Riot” At His Rally

In this video, a group of black citizens are profiled and refused entrance to Donald Trump’s rally in Boca Raton yesterday – but a white man who announced that he was going to protest was allowed in! Filmed by Facebook user Peter More, it shows a uniformed trooper telling a group of black protesters – one who wore a headscarf – that they were asked to leave. “There’s an area on the other side of the street where you are welcome to go. The campaign has told us they don’t want them on the property!” said the trooper.

“Alright, I’m here to protest, and I have tickets” says More, who is immediately allowed to proceed.

It’s a disgusting show of racial profiling that illustrates that the racial segregation at Trump rallies is a very deliberate action, sending a signal to his supporters that the presence of racial minorities won’t be tolerated – and implicitly discarding their opinions as invalid and irrelevant.