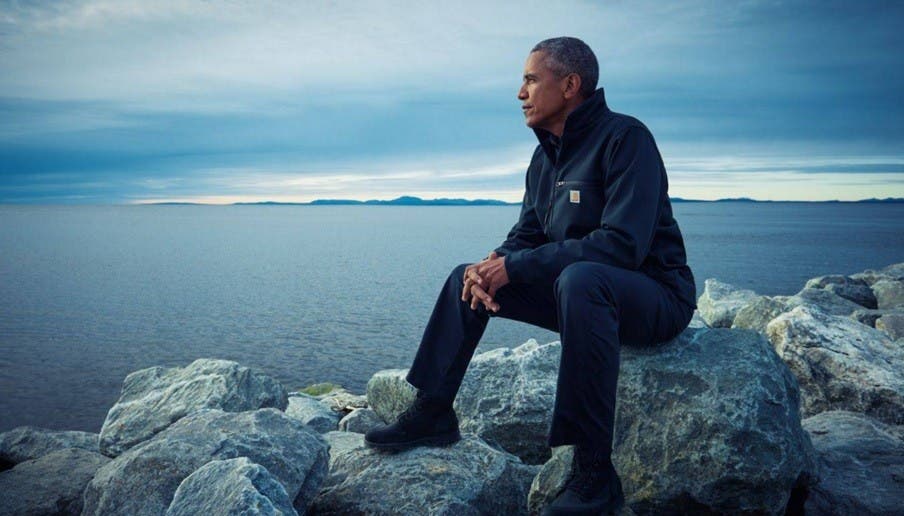 In a striking victory for environmentalists and concerned citizens, the White House has reversed course and will not allow fossil fuel corporations to explore oil and gas drilling in the waters off the coast of America’s southeast after popular outcry from the residents of the states potentially affected – the Carolinas and Virginia – made their opposition clear. The coastal residents of those states, whose livelihoods in fishing and tourism – some 1.4 million jobs and over $95 billion in gross domestic product – are largely dependent on a healthy ocean, were very worried at the damage that would follow oil exploration and the potential for oil spills. “President Obama has taken a giant step for our oceans, for coastal economies and for mitigating climate change. This is a victory for people over politics and shows the importance of old-fashioned grass-roots organizing” said Jacqueline Savitz, vice president of environmental group Oceana.

Highlighting the disconnect between party establishments and the desires of their constituents, governors Nikki Haley (R-SC), Pat McCrory (R-NC)  and Terry McAuliffe (D-VA), beholden to fossil fuel interests were in support of the plan, despite the fact that 750 state and local elected officials, 101 members of Congress and 1,100 business interests have all publicly come out in opposition to the plan, and over 110 different towns and cities across the coast have passed laws banning exploratory seismic testing or offshore drilling. Seismic testing is highly disruptive to local fish populations; even if oil was found, there exists “no current infrastructure off the Atlantic for refining or transporting the product, which raised questions about safety and the high bar of investment.” A study by the Center for a Blue Economy found that the economic benefit to the region would be almost nothing.

The Pentagon was also strongly opposed to the move, upset at potential disruptions to naval exercises and interference with missile tests. “These live training events are fundamental to the ability of our airmen, sailors, and marines to attain and sustain the highest levels of military readiness. Additionally, [the Defense Department] conducts major systems testing activities in the mid-Atlantic region that are also important to military readiness” said military spokesman Matthew Allen.

The memories of the catastrophic 2010 Deepwater Horizon oil spill clearly still linger in the minds of Southerners. The explosion on the oil platform killed eleven workers, poured nearly five million gallons of oil into the Gulf of Mexico and was projected to cost the Louisiana economy some $23 billion over the next three years. The far-reaching damage to local ecosystems and threat to public health still remains today, and remains a dire warning of how such projects can go terribly wrong.

The reversal is a huge blow to the fossil fuel industry, which is determined to expand drilling operations despite the low price of oil in anticipation of a price jump following Qatar, Saudi Arabia, Russia and Venezuela’s joint agreement to cap oil production. “The decision appeases extremists! This is not how you harness America’s economic and diplomatic potential” whined American Petroleum Institute CEO Jack Gerard said in a statement. Showing the pragmatism that President Obama has become famous for, he left the door open for potential drilling in the Arctic to appease detractors with the knowledge that the harsh conditions and difficulty involved in Arctic drilling are heavily discouraging to investors.

However, it’s more evidence that President Obama is confronting the overwhelming dominance of the fossil fuel industry in this country and siding with the citizens against corporate interests. “Some will see a connection between today’s switch and the administration’s recent moratorium on federal coal leasing, and they are probably right. Between those decisions and the matter of Keystone XL, it seems clear that the President is intent on doing what he can to confront the large fossil fuel players wherever possible” says Notre Dame law professor Bruce Huber. Transitioning from a fossil-fuel based energy economy to a renewable and clean energy is one of the biggest and most pressing challenges facing our nation – and President Obama is up to the task.