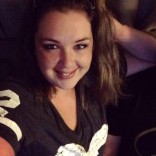 Trump Fans Left Voicemails On a Chicago Protester’s Phone. They Will Shock You (Audio)

One of the many reasons Senator Bernie Sanders is so popular with millennials is his fight for tuition-free college. The Democratic candidate for president understands that young Americans are being crushed by crippling debt incurred while they are just trying to get an education and make a better life for themselves. However, his detractors, especially Republicans, claim his plan is an impossible dream because “we don’t have the money” for it. Former Republican presidential candidate Ben Carson actually said free college for all would “hasten the destruction of the nation.” As it turns out, they are absolutely wrong. We certainly have the money for it – we just have to stop giving Wall Street so much corporate welfare, according to a study by the University of Massachusetts-Amherst (UMASS).

Last May, Bernie introduced the “College for All Act” to eliminate undergraduate fees and tuition for all public universities and colleges. He said he would pay for the bill by passing a “Robin Hood tax” on Wall Street, and also introduced the “Inclusive Prosperity Act” to the Senate in 2015.  This bill, which was originally introduced in 2012 by Rep. Keith Ellison (D-MN) in the House, seeks to create a financial transaction tax (FTT) on Wall Street. The Act would attach a “0.5 percent tax on stock trades, a 0.1 percent tax on bond trades and a 0.005 percent tax relative to the notional value of any derivative assets being traded.”

The lead author for the UMASS study, Professor Robert Pollin, wrote that this kind of tax is not a radical idea:

“The idea of taxing financial market transactions—basically a sales tax on Wall Street trading—has been around for a long time. Many other countries, such as the U.K., France, Italy, and China, now operate with versions of this tax.”

They study found that if the tax were passed and the stock market stays profitable (at the same level as today) that it would generate $680 billion a year. The researchers also factored in other  scenerios by subtracting fifty percent from the revenue, accounting for possible attempts by Wall Street to avoid paying their taxes, and found that it would still yield $340 billion a year.

“We show that the version of the tax now before Congress and supported by Sen. Sanders—the Inclusive Prosperity Act—could conservatively generate around $300 billion per year in new government revenue,” says Pollin, who assisted Ellison’s staff in drafting the 2012 version of the bill. “This would be more than enough to finance in full the Sanders proposal to provide free college tuition for all U.S. students.”

Pollin’s team concludes their paper by finding that a U.S. FTT set at the proposed rates “should not, on balance, produce any significant negative effects on productive investment spending by nonfinancial corporations.”

If the tax is introduced and generates just $300 billion per year, that is more than enough to pay for Senator Sanders’ college tuition plan. Bernie’s plan has an estimated cost of $47 billion a year for the federal government and $23 billion for the states. Even if that number tripled, the FTT would easily fund it and it would do so without any “significant negative effects” on the stock market or economy.

So, what exactly is the hold up? Why does this country’s citizens have a collective 1.2 trillion dollars in student loan debt if it is such a common sense fix? Well, that’s easy, because Republicans are not working for us, they are working for Wall Street and the one percent doesn’t want to be taxed.

When the bill was first introduced in 2012, FOX and other conservatives immediately attacked it as filthy socialism that would lead to bread lines and shortages. One commentator called it an attempt to make citizens “indentured servants to the state.” Paul Ryan responded by introducing a budget that would slash taxes for the rich and decimate government programs and his Republican colleagues rallied behind him. The GOP claims that if we tax Wall Street it is going to kill our economy, even though there is absolutely no evidence of that. And while they continue to fear-monger and lie about the taxes, Wall Street donates millions of dollars to their campaigns. They are completely fine with the status quo that is making it nearly impposible for graduates to get ahead.

That is the reason young Americans continue to suffer and it is why we have to do everything in our power to vote the GOP out in November.