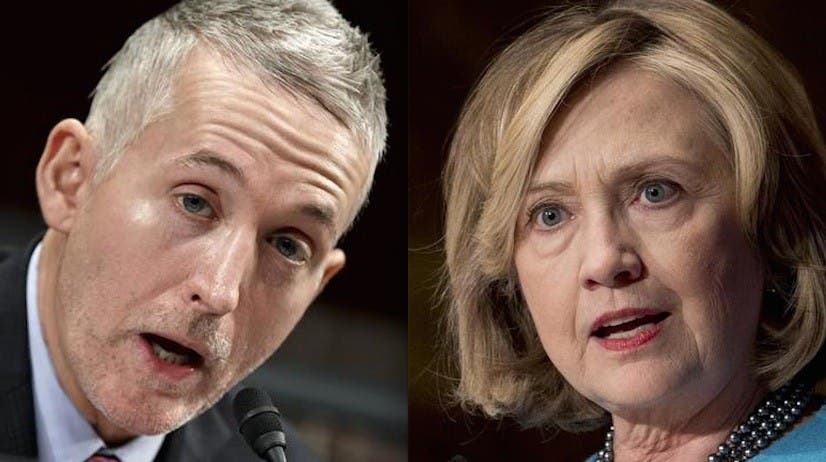 The Republican smear campaign against Hillary Clinton just backfired once again. Newly revealed emails show that Hillary Clinton wanted to use a secure BlackBerry after she became fond of the device during her 2008 campaign – but the NSA denied her request. The Senior Coordinator for Security Infrastructure Donald R. Reid wrote this email in 2009:

[W]e began examining options for S [Secretary Clinton] with respect to secure “Blackberry-like” communications … the current state of the art is not too user friendly, has no infrastructure at State and is very expensive…each time we asked the question “What was the solution for POTUS?” we were politely told to shut up and color … NSA opened the door for us to establish requirements and they would try to help…

Former Republican Secretary of State Condoleezza Rice was given a waiver to have a Blackberry while in office but when Clinton arrived, for no apparent reason, the George Bush-appointed NSA Chief changed his mind. These are the same sort of unreasonable federal bureaucrats now fighting to claim that some of what Hillary Clinton wrote as a Cabinet officer became a state secret four to seven years after the fact.  It boggles the mind, but Secretary Clinton’s then Chief of Staff Cheryl Mills had to organize a meeting with seven staffers from the State Department and five NSA security experts, just to beg permission to use a modern communications device in her own office.

Thirteen government employees held a meeting to decide if a device every business person at the time in America used would be good enough for Secretary Clinton. But these self-described “fiscal conservatives” don’t utter a peep about that kind of flagrant government waste of resources, just like they don’t talk about the millions wasted in Congress on trying to blame the Secretary for a terrorist attack.

It’s understandable that secure communications are important, but the Secretary of State is a diplomat, and not a spy, and most of what a diplomat says is intended for public consumption anyhow, for the foreign public and international leaders. It’s a miracle that Hillary Clinton was able to accomplish anything at all as Secretary of State, let alone negotiate a cease fire between Israel and Hamas with such strict prohibitions on modern productivity.

Knowing now what we didn’t know then, it’s apparent that Republican officials have conspired to not only restrict her ability to do her job, they then forced her to use a private email server that they then turned into its own smear campaign. The double standard that Republican officials hold Democrats to is a disgusting show of partisanship that is disrupting our government’s ability to properly function and wastes countless taxpayer dollars in their shameful witch-hunts.