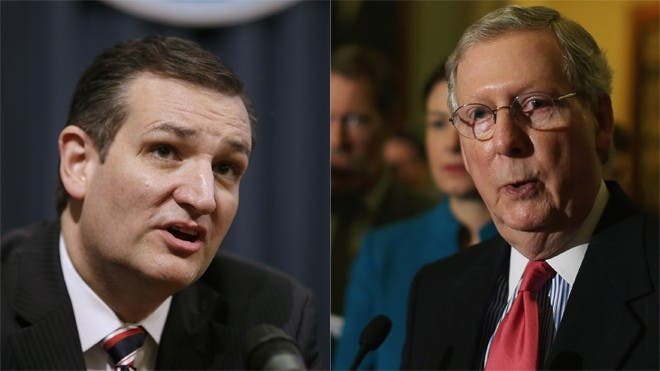 In an unprecedented show of obstructionism, Senate Republicans are holding fast to their commitment to blocking President Obama at every turn, sacrificing the integrity and efficiency of our government and violating their oaths to the Constitution to make an ultimately fruitless stand against the will of the American people. Led by Senate Majority Leader Mitch McConnell (R-KY), conservative legislators have crafted a false narrative that paints the President as a “lame duck” and that the American people must choose the next justice in the election – as if President Obama’s landslide victory in the last election wasn’t a clear enough message. They also consistently try to pass off the lie that there is no appropriate precedence for nominating a justice in a president’s final year – which is, of course, nonsense.

The consistent use of the term “lame duck” by Senate Republicans is extremely misleading and inappropriate in this context. A “lame duck” refers to a politician whose successor has already been elected. Obviously, at this point in the election cycle, that has not occurred. Given their constant efforts to discredit President Obama and delegitimize his historical achievements, we can assume that the disgracefully petty Senators greatly enjoy the imagery associated with a “lame duck.” But President Obama is not a lame duck, and the record shows there is a long precedent of Presidents nominating – and Congresses confirming – Supreme Court Justices in their final year of office. Six justices have been nominated and confirmed since 1912, as confirmed by Politifact. The mainstream media insists on portraying this as some kind of “bipartisan bickering,” as if somehow President Obama is responsible for the Republican Party’s decision to throw away all semblance of protocol, procedure, and basic decency in pursuit of an ideological witch-hunt. The refusal to even meet with the nominee, DC Circuit Judge Merrick Garland, is at its heart is an existential rejection of the basic principles of representative democracy. The people spoke when they elected President Obama twice; they spoke again when they told pollsters that 55% of voters disapprove of the Senate’s decision – and 45% percent saying they strongly disapprove. The American people also spoke when they gave this Republican-dominated Congress an approval rating of just 11%. But Senator Mitch McConnell and the rest of his treasonous cronies have repudiated their oaths to the Constitution and their duty to serve the American people.

Bought and paid for by corporate entities and powerful oligarchs, the Republican Party has abandoned all pretense at governance to worship at the alter of Mammon; they undermine our democracy and have loudly announced they will not back down until they get what they want – which would be disastrous for the nation. We must make these cowards pay for the time and taxpayer resources they have wasted with their legislative terrorism, and vote in a new generation of lawmakers who have the American people’s best interests’ at heart. If they won’t do their jobs, we must find someone who will.

Add your name to call on prosecutors to ARREST DONALD TRUMP for his crimes!Advertisements
Tags
justices SCOTUS