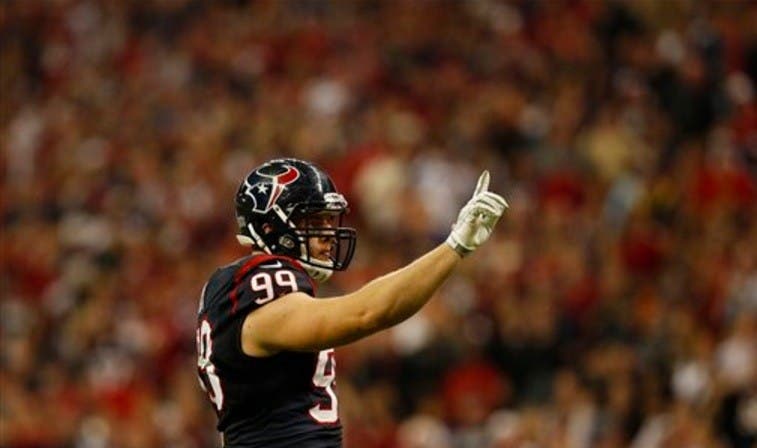 Republican legislators in Georgia recently passed its own version of a  anti-gay discrimination bill that protects the rights of bigoted Christians to discriminate against and refuse to serve LGBTQ Americans. Awaiting the signature of Governor Nathan Deal (R), the bill would exempt pastors from performing same sex marriages, would allow for “faith based organizations” to reject holding events for people or groups they “object” to, and would allow the firing of LGBTQ employees on the basis of their sexuality. In response to this, the National Football League has warned that they won’t site a Super Bowl championship game in Atlanta until the bill is repealed.

The warning came wrapped in the legalese doublespeak typical of NFL press releases, this one from spokesman Brian McCarthy:

“NFL policies emphasize tolerance and inclusiveness, and prohibit discrimination based on age, gender, race, religion, sexual orientation, or any other improper standard. Whether the laws and regulations of a state and local community are consistent with these policies would be one of many factors NFL owners may use to evaluate potential Super Bowl host sites.”

The owner of the Atlanta Falcons football team, Arthur Blank, also issued a strong condemnation of the bill:

“One of my bedrock values is ‘Include Everyone’ and it’s a principle we embrace and strive to live each and every day with my family and our associates, a vast majority of which live and work in Georgia. I strongly believe a diverse, inclusive and welcoming Georgia is critical to our citizens and the millions of visitors coming to enjoy all that our great state has to offer. House Bill 757 undermines these principles and would have long-lasting negative impact on our state and the people of Georgia.”

Over 300 different businesses and corporations – including Coca-Cola and Delta Airlines – have also signed a petition denouncing the Georgia legislature and demanding the Governor not sign it. The Super Bowl is a huge source of revenue for the host city and a boon for the state as hundreds of thousands of fans travel to watch the big game.

The first bill of this kind provoked a nation-wide uproar last summer when Governor Mike Pence of Indiana signed his “religious freedom bill” into law. The ensuing business boycott cost the state some $60 million dollars. It is quite astonishing to witness how much punishment that Republican legislators will inflict on their own citizens and economies in pursuit of their rigid and obsolete ideologies.

The displeasure of a corporate monolith like the National Football League is not a threat to be taken lightly. Coming so soon after the prominent featuring of gay rights and Black Lives Matter at Super Bowl 50, it is clear that the bastion of American masculinity has felt the winds of change and are adapting their positions to embrace a new fan base and a new America. Why does the Republican Party insist on dragging us back into the mire of ignorance and discrimination?

Add your name to call on prosecutors to ARREST DONALD TRUMP for his crimes!Advertisements
Tags
anti-gay Georgia nfl style