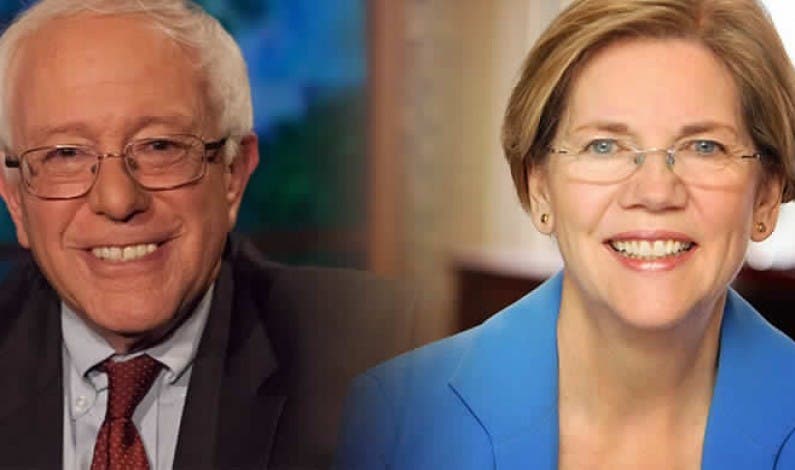 Trump Fan Caught Plotting To “Kill Muslims” With A Bomb. Guess How Much Jail Time He Got?

Senator Elizabeth Warren (D-MASS) gave a vote of confidence to Senator Bernie Sanders (I-VT) tonight when she cheered on the populist champion to reporters. While touring a healthcare center in Quincy, Massachusetts, the firebrand liberal contrasted Sanders’ lifelong dedication to the middle class with Donald Trump’s dismal business record and his naked exploitation of the vulnerable, praising the Vermont Senator for his energy and drive. She flatly discounted the foolish pundits who believe that Sanders should have capitulated after a couple primary defeats.

“He’s out there. He fights from the heart. This is who Bernie is. He has put the right issues on the table both for the Democratic Party and for the country in general so I’m still cheering Bernie on!” said Warren.

She then went on to disparage the Republican front-runner for his increasingly fascist statements, his flagrant ethnonationalist rabble-rousing, and his atrocious record as a businessman. “He’s the one who quotes Mussolini. That is really scary and the American people should pay very close attention. Donald Trump claims that the reason he’s qualified to be president of the United States is that he is a very, very, very successful businessman. Donald Trump is not a great business success, and it’s time he’s called out on it.”

Trump has a long history of failed businesses, from the orchestrated collapse of the United States Football League to the Ponzi scheme masquerading as a diploma that was Trump University. Sanders, on the other hand, has been fighting for the American people for decades about the issues that really matter to workers and families – fair wages, healthcare, affordable access to higher education, racial justice, the end of Wall Street’s exploitation of our citizens and gelding the growing power of the ultrawealthy oligarchs.

It’s clear who truly has the interests of the American people at heart – and who is merely stirring up hate and discrimination for his own selfish ambitions.