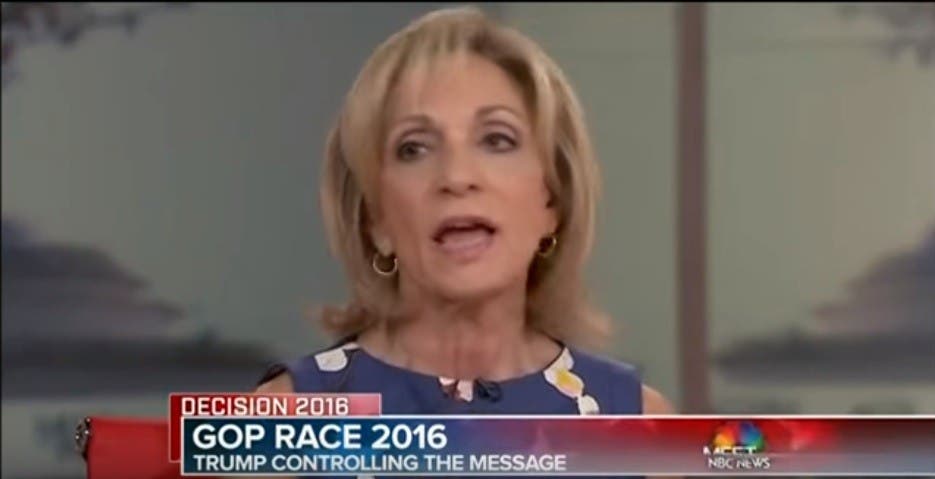 In this clip, MSNBC host Andrea Mitchell slams Republican front-runner Donald Trump for being exceptionally ignorant – and for being foolishly proud of being so ignorant. “He is completely uneducated about any part of the world. And when he doesn’t know something, he just changes the subject, and makes it all about himself” she said to Meet the Press host Chuck Todd.

She zeroed in on recent remarks made by Trump in an interview with the New York Times in which the bigoted businessman said that he would drastically shift US foreign policy and end our defense treaties with South Korea and Japan and even allow them to develop their own nuclear weapons. “American policy for decades since World War II has been trying to keep nukes out of that arena. He would stop importing oil from Saudi Arabia if they don’t pay more for their defense.”

As for cutting off the Saudi Arabians, she points out that “we need oil. We are not energy independent. We rely on oil still for our daily needs,” Mitchell continued. “He is completely all over the lot. On Iran, he complains that Iran isn’t buying our planes. It had to be pointed out to him that Iran is still under sanctions and cannot buy American planes. He thinks North Korea and Iran are the biggest trading partners, when North Korea’s biggest trading partner is China.”

While a reassessment of our relationship with the misogynist, repressive, and terrorist-funding monarchy in Saudi Arabia is certainly in order, the changes that Trump calls for would have wide-ranging effects and would deeply upset the already precarious balance of power in international relations.