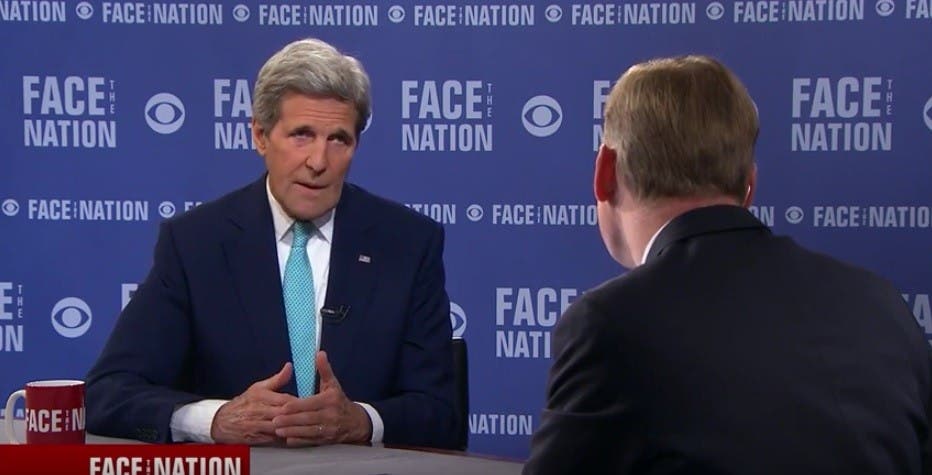 In this clip, Secretary of State John Kerry mournfully complains to CBS‘s John Dickerson about the shameful effect that Donald Trump and Ted Cruz’s campaigns have had on the prestige and image of the United States across the world. “Everywhere I go, every leader I meet, they ask about what is happening in America. They cannot believe it.”

“To some degree. I must say to you––some of the questions, they way they’re posed to me, it’s clear to me that what’s happening is an embarrassment to our country” he continues. It is a difficult reality to accept, but Donald Trump is airing out America’s dirty, racist, ignorant laundry out for all the world to see – and it’s not a good look for us. Only by handing them a huge defeat in the polls and making them permanent losers will America be able to regain some of their pride and respect that Trump has squandered with his bigotry.

Add your name to call on prosecutors to ARREST DONALD TRUMP for his crimes!Advertisements
Tags
kerry style