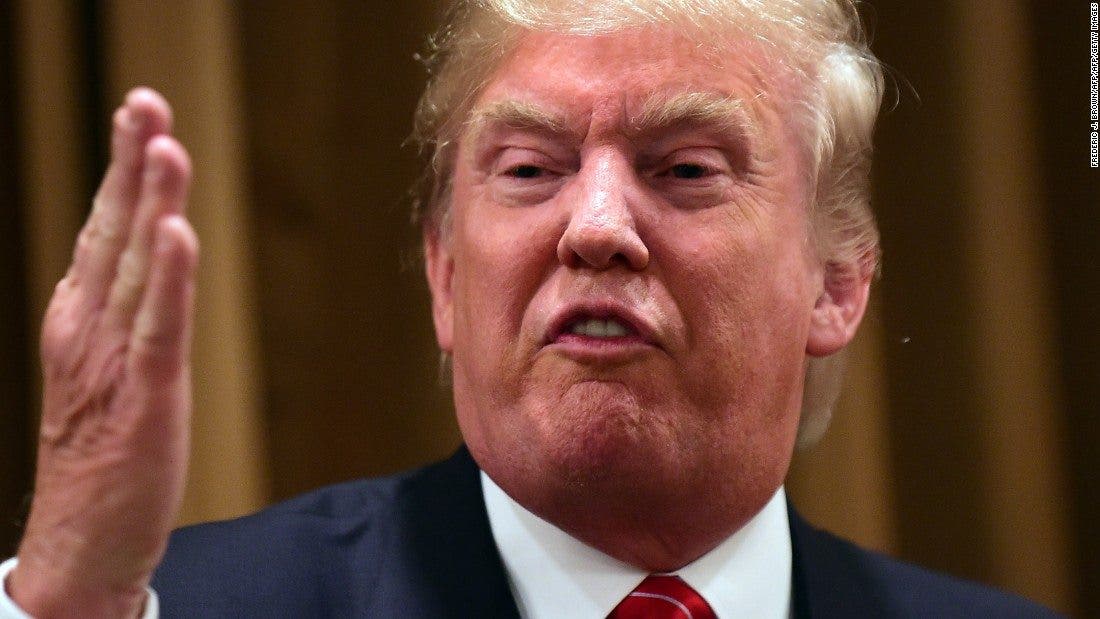 Republican front-runner Donald Trump tripled down on his flagrant misogyny in an interview today with MSNBC‘s Chris Matthews, fully abandoning his previously held pro-choice positions and endorsing a full ban on abortion. “There has to be some form of punishment…you go back to a position like they had where they would perhaps go to illegal places, but we have to ban it” said Trump to Matthews, in a tacit admission that implies that he’s fine with forcing American women to have illegal abortions instead of having them safely in a regulated clinic.

For no matter how hard abortion is persecuted, women will still find a way. Just take the example of Texas. The 2013 draconian anti-abortion TRAP (Targeted Regulations of Abortion Providers) laws that are under review in the Supreme Court would shutter 34 of 40 clinics currently operating in Texas, leaving just six clinics located in major metropolitan areas and depriving over a million women of access to safe abortions.

Because of Texas’ abortion restrictions, anywhere from 100,000 to 240,000 women have attempted to self-induce abortions with ineffective home remedies or potentially dangerous medications purchased in Mexico. Far from “protecting women’s health” as the state claims, their oppressive laws have potentially put millions at risk as they inevitably seek other ways to end their unwanted pregnancies. Abortions performed in clinics are incredibly safe; the risk of dying from a properly performed abortion is about four in a million – fourteen times lower than the risk of death from childbirth.

Before Roe v. Wade, up to 5,000 American women would die of unsafe abortions every year. This harrowing description of what abortions were like before the legalization of the procedure is what Donald Trump wants to bring back to America:

They jabbed into their uteruses with knitting needles and coat hangers, which [Dr. Daniel] Mishell sometimes found still inside them. They stuck in bicycle pump nozzles, sometimes sending a fatal burst of air to the heart. They’d try to insert chemicals — drain cleaner, fertilizer, radiator-flush — and miss the cervix, corrode an artery and bleed to death. Mishell once put a catheter into a woman’s bladder and ‘got a tablespoon of motor oil.’ I’m telling you, it was really an awful situation. It touched me because I’d see young, [otherwise] healthy women in their 20s die from the consequences of an infected nonsterile abortion. Women would do anything to get rid of unwanted pregnancies. They’d risk their lives. It was a different world, I’ll tell you.

Restricting access to abortion perpetuates the cycle of poverty and keeps American women pregnant and barefoot – just as the religious extremists in the Republican Party like them. They work tirelessly to impose on the American people an austere brand of sexual puritanism that the Taliban would be quite at home with while flagrantly disregarding the spirit of the law laid down by the Supreme Court. The women of America have fought too long and too hard to be continuously shackled by the whims of chauvinist fanatics obsessed with and terrified by female sexuality.