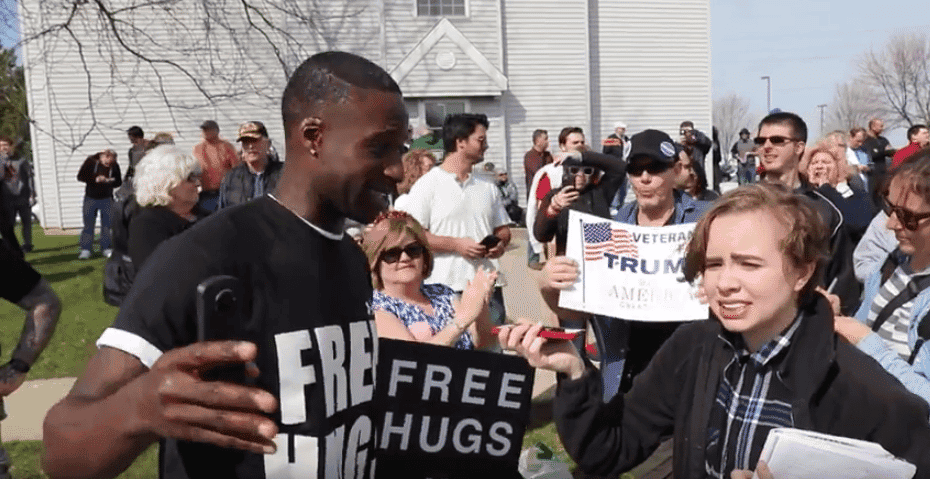 In this heartwarming video, members of the Free Hugs Project attend the rallies of both Donald Trump and Bernie Sanders in an effort to “Make America LOVE Again!” – but receive two very different reactions that underscored the fundamental differences between the two sides.

The men approach the Trump rally in Janesville, Wisconsin as a young girl is being treated after a Trump supporter pepper-sprayed her in the face. Others are weeping. The FHP rep is met with racism (“I DON’T WANT ANY DRUGS” and “WHITE IS BETTER”) and despondency (“There is no such thing as love”). They are exclusive and disparaging – one woman yells “Are you for Trump? I’ll punch you if you aren’t!”

At the Sanders rally, on the other hand, the man is happily embraced by everyone, who share in the energy and the passion of those around there. They are inclusive and accepting, proud to be part of a larger movement dedicated to progress and the betterment of all Americans. It’s clear which movement truly symbolizes the values that our nation holds dear – and which one embraces the foul sentiments that nearly tore it apart.