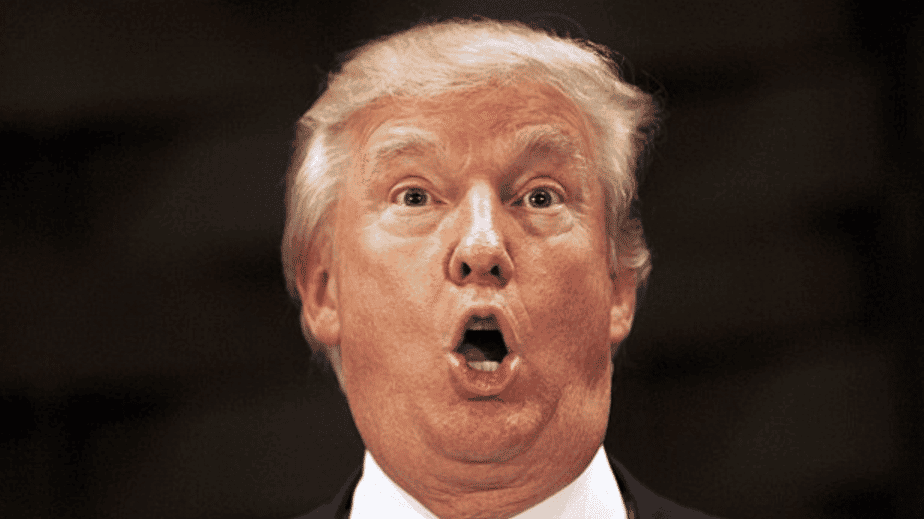 Just In: Trump Is Now Facing Criminal Charges For Bribing Carson For Endorsement

In this clip from The Last Word with Laurence O’Donnell, the host brings up old audio of Trump discussing his then-mistress Marla Maples’ pregnancy – and calls out Trump for obviously wanting her to have an abortion, a fundamental right that he now wants to deny to every woman in America.

In a discussion with obnoxious radio host Howard Stern, Trump admits that he impregnated a woman who told him that she was taking birth control pills. She told him “Darling, I’m so happy, we’re having a child!” His reaction, which is bound to thrill the anti-choice community, was… “uh, excuse me? What are we going to do about this?”

Well, see, Mr. Trump, because America is not a backwards draconian theocracy, there are several options that you could have employed to “do” something about “this. But just two days ago, Trump said that we need to ban abortion and punish the women who have them. It’s a show of outrageous hypocrisy that highlights how Trump sees the world. While he is happy to employ his mistress’s Supreme Court-mandated right to have an abortion should she choose, he has no qualms about abandoning his prior held positions in order to cater to the vapid religious extremists that make up the American Taliban.

The incident highlights how critically important choice is to our society. Maples was presented with a choice, and choose she did. Against Trump’s wishes she chose not to abort the child, who grew up to be Tiffany Trump. That was her choice. But as O’Donnell remarks, “in Donald Trump’s world, no man in America would be able to say to his girlfriend ‘what are we going to do about this’ upon discovering an accidental pregnancy. There would be no legal option other than having a baby.” The idea that he would “punish” women who have dangerously unsafe illegal abortions is just jaw-dropping insult to heinous injury.

At the end of the day, the entire fight over women’s bodies is about shaming and blaming women for their sexuality while absolving men of all responsibility for their actions; reinforcing archaic gender roles and perpetuating the utterly absurd notion that women are responsible for the sins of man. This is the United States of America, once regarded as the shining beacon of human civilization. We can’t allow these Republican zealots to drag our nation back into the dark ages.

Colin Taylor
Opinion columnist and former editor-in-chief of Occupy Democrats. He graduated from Bennington College with a Bachelor's degree in history and political science. He now focuses on advancing the cause of social justice and equality in America.
Latest Posts
Tags
abortion style