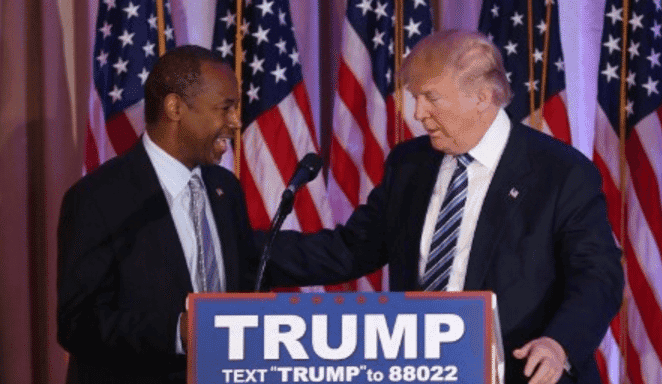 Trump: Women Who Get Abortions Are Guilty of “Murder”

Republican presidential front-runner Donald Trump has had a very bad week. From his campaign manager getting charged with battery for assaulting Breibart reporter Michelle Fields to his atrocious comments on abortion, his approval ratings among women sinking to 23%, things have just not been going very well for the abrasive business tycoon.

We can add another criminal investigation to the pile. The American Democracy Legal Fund has filed a criminal complaint to the Department of Justice over Donald Trump’s alleged promise of a cabinet position to Ben Carson in exchange for his endorsement, which is of course illegal.

While this is pretty far down on the list of unethical, immoral, or simply reprehensible things that Trump has said or done, it might be the closest chance we might have to take him out of the running for good.