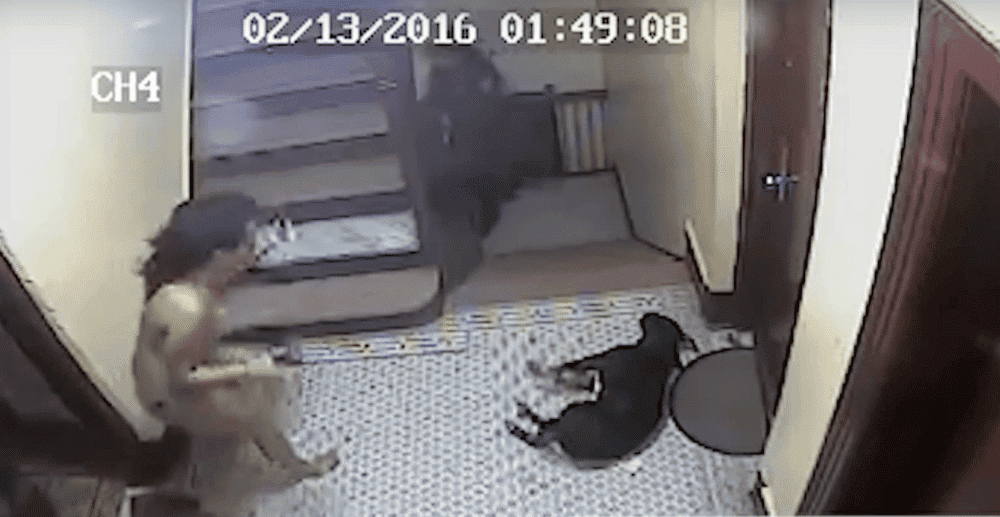 Study Confirms NYC, Miami, Boston, Will Be Unsavable From Rising Sea Unless We Act NOW

The full-video of an NYPD cop shooting a tail-wagging dog has emerged, showing police arriving the wrong apartment after receiving a domestic violence call at another nearby apartment.

Other media outlets edited out the time between Cuesta shooting the dog and Rosado tripping down the stairs.

But we think it’s important to see in order to understand the graphic nature and the actual scope of police abuse.

The graphic video shows two NYPD cops outside of Rosado’s door, and when she opened the door, her dog Spike walked out and wagged his tail at Ruben Cuesta who immediately shot the dog.

The complete video below shows Rosado and neighbors rushed out to witness Spike as he bled out.

A pool of blood formed around him as he wagged his tail for the last time.

Later, a neighbor put a blanket over Rosado, since she was in only her underwear early that morning, dancing with her dog.

After seemingly going into shock, Yvonna Rosado later began to comfort Spike as he laid dying, while officers offered no assistance to take him to an animal hospital.

The NYPD Officers didn’t even try to console Rosado.

But it didn’t stop them from sending the cleanup bill for $265 to the bereaved dog owner.

Instead, they stood in the stairway below.

At times, one NYPD officer places his hand on his gun holster as if the women posed a threat to his life.

Rosado later looked at Spike’s blood on her hands, walked down the stairs, and slipped, because her feet were wet from her dead pet’s blood.

She then got up and took a swing at Cuesta, at which point he and another NYPD officer tackled her to the ground.

During that slight struggle, Cuesta choked Rosado and then forcibly held her down, while he forcefully pressed his body against hers.

When the video ends, the NYPD officers are still holding Rosado down.

Perhaps police should revisit their policy on shooting dogs.

And their policy on arriving at the right address.

We suggest giving dogs a biscuit.

The Law office of Stecklow & Thompson fought to obtain release of the above video. This story was originally published in Photography is Not a Crime by Ben Keller