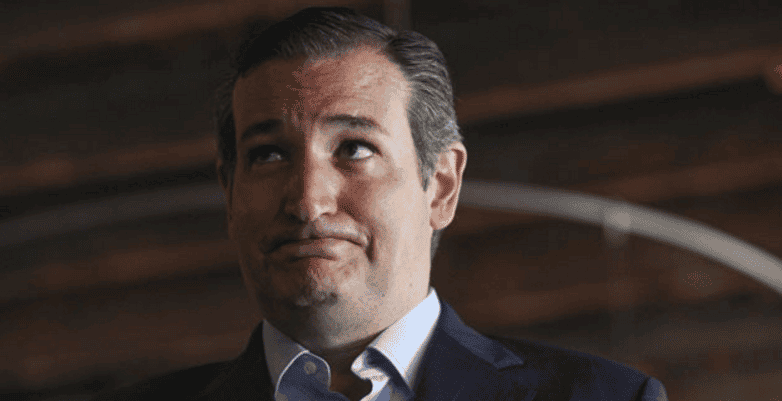 A wise group of New York City public school students united and threatened to walk out after hearing that Republican presidential candidate Sen. Ted Cruz (R-TX) would visit their Bronx charter school. In a letter to their principal, they slammed the religious extremist for his homophobia, misogyny, and racism, determined to “stand up for our community and future… because we as students all share a common idea.” That idea is a rejection of the abrasive Texas Senator and everything he stands for.

Their initiative and resolution are evident of the “New York values” that Ted Cruz so famously trashed at a recent debate. But now that New York voters are heading to the polls, the Republican candidate is desperate to make some inroads into rival Donald Trump’s home state. He hasn’t been well received so far. The Canadian-born Texan who staked his way into politics with loans from Manhattan banks Goldman Sachs and Citibank was sent packing earlier today too from the Bronx , when he  was confronted by angry residents from the 98% non-white community who told him in the video below that, “Ted Cruz has no business being in the Bronx, this is an immigrant community… to receive this right-wing bigot is an insult to the whole community.”

The New York students delivered the below letter announcing their pending act of civil disobedience, because of the Republican Texas Senator’s visit. According to the New York Daily News report, the school’s response was swift.“Your points are eloquently argued” said BLCPA school Principal Duggins, “in fact, so eloquently argued that upon reading your email, Khori Whittaker, the CEO of Lighthouse Academies has agreed to cancel the visit.”

A group of students will be leaving during 4th period, as act of civil disobedience in regards to the arrival of Ted Cruz to BLCPA. We have all considered the consequences of our actions and are willing to accept them. We respect you and all the staff at BLCPA as well as the expected guests. But we want you to understand that as passionate students, we have ideas and principles that should be heard and respected. This walk out isn’t a reflection of our discontent with BLCPA but our opportunity to stand up for our community and future. This walk out is taking place because we as students all share a common idea.

The presence of Ted Cruz and the ideas he stands for are offensive. His views are against ours and are actively working to harm us, our community, and the people we love. He is misogynistic, homophobic, and racist. He has used vulgar language, gestures, and profanity directed at a scholar and staff members, along with harassing and posing threats to staff and scholars according to the Disciplinary Referral slip. This is not to be taken kiddingly or as a joke. We are students who feel the need and right to not be passive to such disrespect.

While Cruz’s particular distasteful brand of authoritarian bigotry disguised as evangelical piety might fill seats in the Midwest, but it’s clear New York City residents want nothing to do with the Senator who shut down the government over Obamacare. Maybe it’s too bad Cruz didn’t show up and listen to what the wise teenagers of New York have to say, instead, he’ll just try to dismiss the cold, hard truths that adults can only say to the camera.