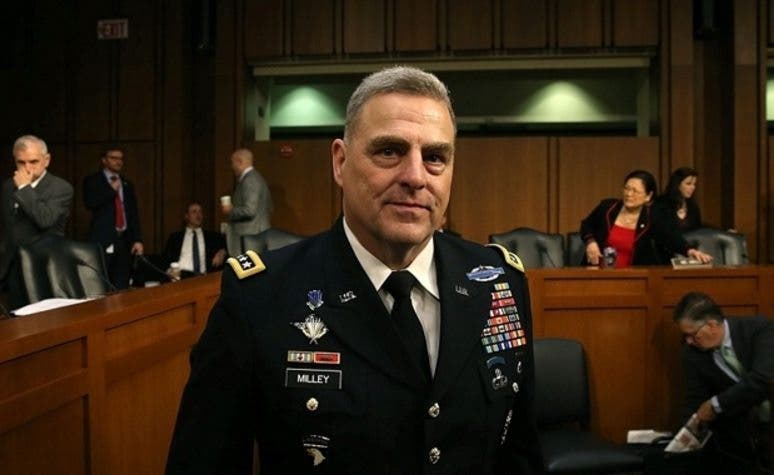 A Republican Operative Just Quit His Party, And His Reason Is Devastating (VIDEO)

The gun lobby and their purchased Republican politicians howled with calls for military servicemen and women to be able carry private weapons on military bases following the tragic shootings at Fort Hood in 2014. But as usual, they blatantly ignore the recommendations of qualified professionals in pursuit of their horrendous quest to insert firearms into every part of American society.

“I’ve been around guns all my life. I know how to use them, and arming our people on our military bases and allowing them to carry concealed, privately owned weapons — I do not recommend that as a force protection. We have adequate law enforcement on those bases to respond. You take the Ft. Hood incident number two, where I was commander at Third Corps, those police responded within eight minutes and that guy was dead. So, that’s pretty quick, and a lot of people died in the process of that, but that was a very fast-evolving event, and I am not convinced, from what I know, that carrying privately-owned weapons would have stopped that individual.”

Gen. Milley went on to clarify that for isolated military outposts like the recruiting center in Chattanooga, where a mass shooting took place in 2015, that “force protection assessments” are made by local commanders at their discretion and as appropriate to the situation. “One size won’t fit all. It’ll depend on locality, risk and so on” said the general. The military frowns upon right-wing efforts to insert their reckless firearm politics into the military because the training and re-certification procedures that would need to be implemented are prohibitively expensive, among other issues like differences in local laws from base to base.

It says a great deal about the priorities of Republican Congressmen, who claim to love the military so much but then consistently ignore their advice in favor of their own unqualified opinions – as they do on every major issue. The GOP has given up entirely on governing by fact or logic, dedicating themselves instead to pushing the agendas laid out for them by their corporate financiers and the oligarchs who’ve bought them. If the military says they don’t need firearms on their bases to defend themselves, then perhaps we should listen to the professionals whose job it is to keep our servicemen and women – and the rest of this nation – safe.