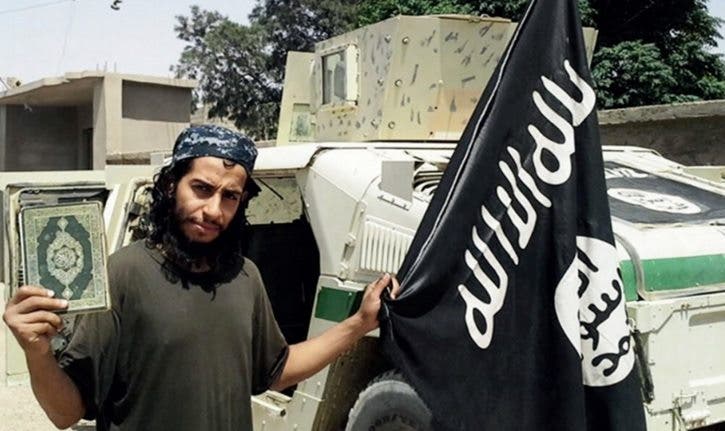 Republican Islamophobes have long blamed Muslim communities for aiding and abetting terrorism – but that couldn’t be further from the truth. New revelations show that Abdelhamid Abaaoud, the mastermind behind the December 2015 terrorist attacks in Paris and also possibly the February bombings in Brussels was turned in by a French Muslim woman. Far from giving aid and comfort to the enemy, she risked her life – and still lives with the threat of reprisal – to ensure that justice was served to the criminals behind such atrocities.

While remaining anonymous due to the danger to her own life, the woman spoke to the Washington Post about why she turned him in – and why she wanted the world to know that she was Muslim. “It’s important the world knows that I am Muslim myself. It’s important to me that people know what Abaaoud and the others did is not what Islam is teaching.” The woman had previously been a “surrogate mother” to Abaaoud’s accomplice, Hasna Aitboulahcen, and was horrified by the events that unfolded.

Her story, an inside look into the world of Abaaoud and Aitboulahcen, tells a much different narrative than the one Ted Cruz would have you believe. Cousins, they came from broken families of abuse and abandonment. Petty crime, drug and alcohol abuse defined their early adulthoods – coupled with a dramatic immersion in puritanical Islam in efforts to cleanse themselves of their sins. Aitboulahcen fell deeply in love with her cousin, leading her to help hide him after the attacks had occurred. Abaaoud, by all accounts, is a true sociopath and known sadist who brought his thirteen-year-old brother to Syria to be trained as a jihadi. He once uploaded a video of himself driving a truck which pulling the mutilated corpses of slain foes. “Before, we towed jet skis, motorcycles and trailers filled with gifts. Now, thank God, we are following His path while towing disbelievers who are fighting us.”

Abaood exploited his cousin Aitboulahcen’s affection for him, and she paid the price. She perished during the police siege of their final hideout – not from a suicide vest as the conservative media shouted she had, but because police explosives collapsed the building and crushed her.

So when Republicans complain about how the “Muslim communities” aren’t doing enough to stop terrorism, know how wrong they are. Muslims make up the overwhelming majority of the victims of terrorism, yet shoulder all the blame for terrorist attacks when a great deal of it should go to the neoconservatives that destabilize regions and topple regimes. Even more blame must go the vicious racists and Islamophobes who alienate and discriminate against the people of the Middle East, who have fled their homes in search of safety from barrel bombs, chemical gas, Russian missiles, Daeshi car-bombs, ethnic militias, and Assadist torture rooms. We thank this brave woman for having the courage to stand up and do the right thing, and hope that you will share this tragic story to help dispel some of the more poisonous narratives being circulated by the ignorant on the far right.

Colin Taylor
Opinion columnist and former editor-in-chief of Occupy Democrats. He graduated from Bennington College with a Bachelor's degree in history and political science. He now focuses on advancing the cause of social justice and equality in America.
Latest Posts
Tags
DAESH ISIS Islam style