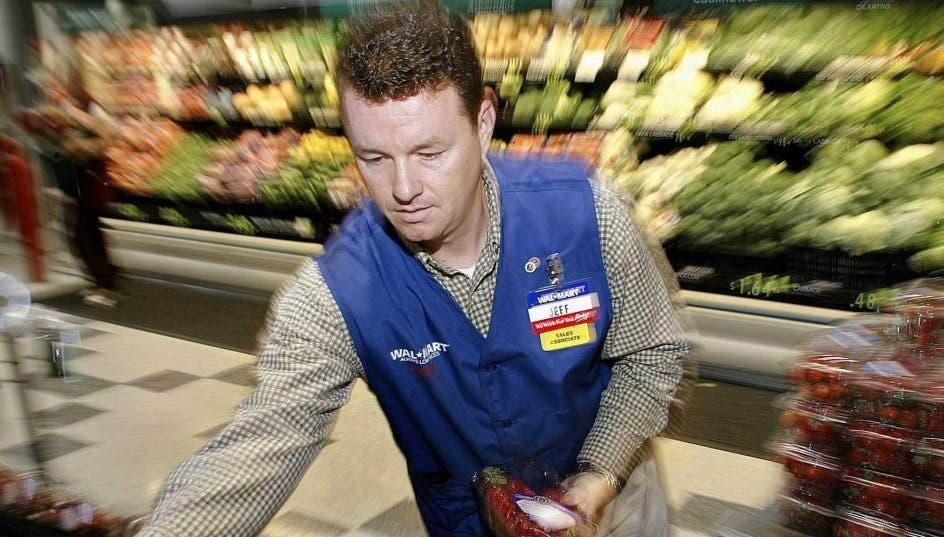 This past week, Walmart lost its appeal of a $224 million dollar judgement to its Pennsylvania employees for forcing all of them to work through lunch breaks. The Supreme Court declined to hear Walmart’s appeal, so 187,000 workers who have been waiting to get paid since 2006 will finally receive their paychecks. National labor union Making Change at Walmart rejoiced saying, “The world’s largest retailer won’t be able to continue to mistreat its workers and get away with it. Walmart workers, when they come together, have a powerful voice that cannot be silenced.” The lawyer representing Walmart’s hungry workers was even more emphatic:

“Wage theft will not be tolerated, and class actions are an optimal way for large numbers of workers to recover wages stolen by their employers,” said attorney Michael D. Donovan of Donovan Litigation Group said, noting that with interest, the employees, who had been owed $140 million of the $187 million, will now split $224 million.

Walmart has become famous for selling cheap imported goods from overseas for prices so low they strangle local businesses – and for paying starvation wages to its employees. Adding insult to injury, a Bloomberg investigation recently discovered that the retail colossus has squirreled away some $76 billion dollars in foreign tax havens like Luxembourg where Walmart has no stores, but sheltered $1.3 billion dollars paying a 1% tax rate. The US Corporate income tax rate is 35%.  This technique, which Walmart uses shaved their US income tax bill from $455 million all the way down to $13 million. And that’s just one fraction of the billions stashed away.

But their greed and exploitation may soon come to an end. Last month, Walmart set a company record low for worst sales growth in its 45 year history. Bloomberg Media called it, ‘The End of An Era.” Just this past January, Walmart shuttered 154 US stores including many projects only built after prolonged fights with residents in Dallas and Los Angeles, and they closed about 100 more overseas.  The giant retailer’s current business strategy focuses operationally on busting unions, importing the cheap products of overseas slave labor to sell cheaply, and intentionally pays low wages to snatch lucrative federal tax subsidies.

Walmart’s tremendously large workforce is bigger than the US Army, but slightly smaller than the Chinese army. By paying a low wage, the Arkansas retail behemoth gets paid in what is basically a federal benefits racket, which costs American taxpayers $7 billion dollars annually in subsidies. If you want to know who the true welfare queen is, just understand this: Six Walton family members own 55% of Walmart today, there are 6 people who actually get $4 billion dollars a year in benefit from US taxpayers through wage subsidies to low paid workers.

In fact, Walmart claims that its entire US income tax bill is $6 billion dollars, so in effect, we the people give Walmart back their check each year, equal to 2% of all corporate taxes paid in America annually. And a billion extra goes back to Walmart’s balance sheet, and that’s not even counting the extra $600 million a year the Walton family members individually shelter from paying in income taxes alone, through a Mack truck sized tax loophole. There truly is one tax system for the ultra wealthy, and another for everyone else – and it’s clear which group isn’t paying their fair share.

But who can see any reason the country’s wealthiest family should treat their work force so horribly, paying them low wages and stealing their lunches too.