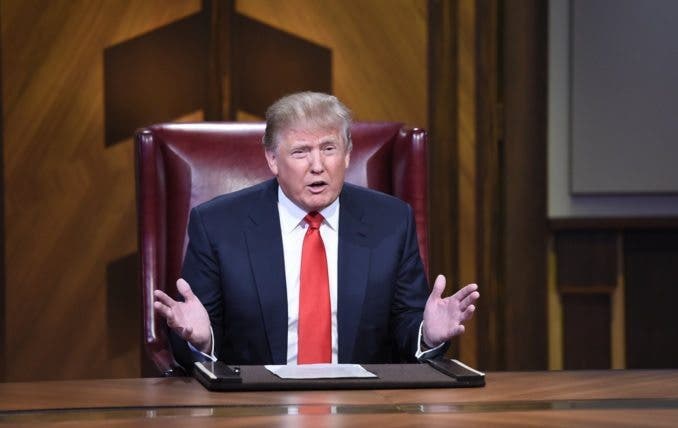 Watch: Obama Gives Heartfelt Advice To Next Generation As He Leaves Office

Six of Donald Trump’s former contestants from the reality TV show the Apprentice have had enough of Trump’s campaign of “sexism, xenophobia, racism, violence and hate.” They have announced they will be holding a press conference tomorrow to denounce the twisted, tangerine-tinted television tycoon for the poor treatment they endured while working with him on the show.

“As alums of ‘The Apprentice,’ we have had the opportunity to work with Donald in various capacities, including as employees of the Trump Organization. Based on that experience and Donald’s campaign, we do not believe he is worthy of becoming president of the United States” said Randal Pinkett.

“Trump is passionately and strategically reigniting a dirty and divisive culture soaked in a history of prejudice, fear and hate. It is unpatriotic, anti-American, self-serving, regressive and downright lazy” said former contestant Marshawn Evans Daniels.

“America is at a tipping point in its demographic identity, social contract and fear of economic dislocation. Into that void and vacuum of uncertainty and fear has stepped Mr. Trump, stoking the flames of our worst demons to the chagrin of our better angels and cherished ideals for a more perfect union” said Kwame Jackson.

Trump, for his part, fired off a statement dismissing them as “failed wannabees” and a thinly veiled threat: “They just want to get back into the limelight like they had when they were with Trump. Total dishonesty and disloyalty. They should be careful or I’ll play hours of footage of them individually praising me.”

If anyone would know firsthand what Trump is really like, it would be these folks. Time after time again, Trump’s former employees come out of the woodwork to prove just how much of an egotistical and self-serving brute he truly is.