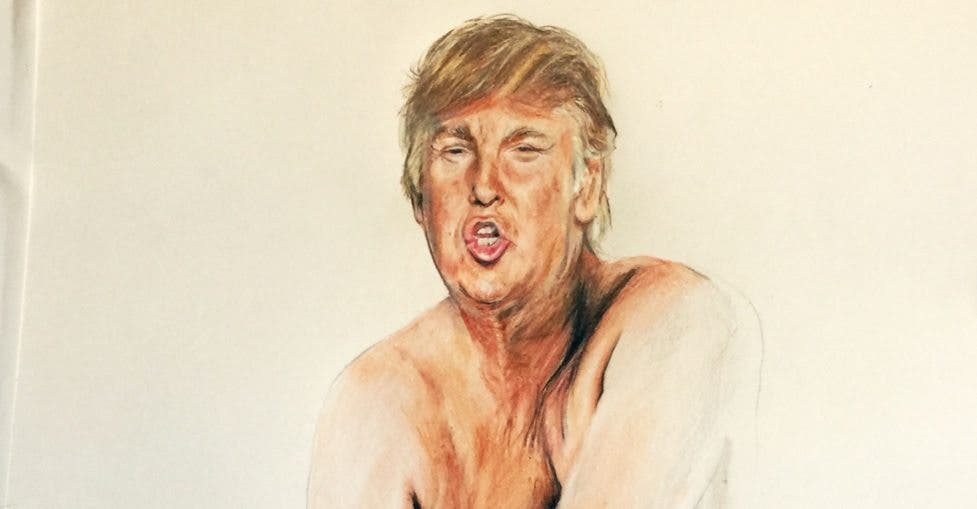 To see how artistic expression and free speech would be treated under a President Trump, we need look no farther than the way Illma Gore’s famous Donald Trump painting has been received by the abrasive real estate tycoon and rabble-rousing demagogue. 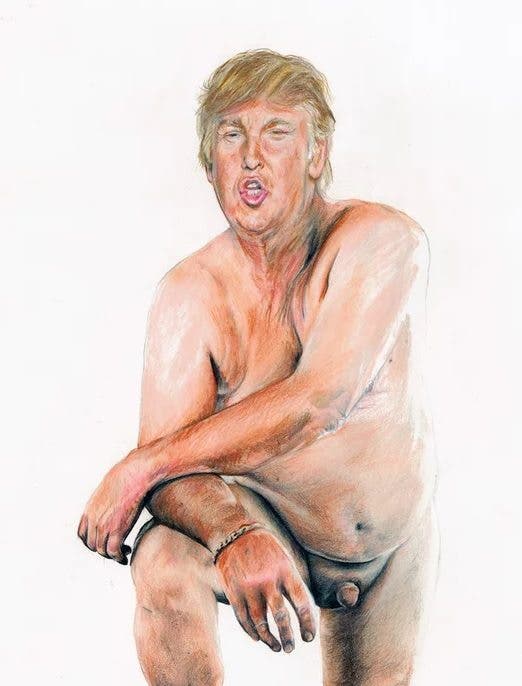 The painting, which depicts a nude Trump with tiny genitals, is titled Make America Great Again and is on display at the Maddox Gallery in London. The backlash against the artist was swift- death threats from Trump supporters forced her to travel to England, where Maddox was happy to display the painting after galleries in the United States refused out of fear of violence from Trumpcoats.

Gore has greatly enjoyed her time in the United Kingdom: “The reaction, especially in the UK, has been incredibly supportive. Everywhere apart from America has been great. Who knew it would be such a big deal? I think an artist’s job is to take the times we’re living in and then set the scene. It is a representation of where we are.” Which should be a depressing thing for any American to here.

The surely accurate representation is expected to fetch over a million dollars – but Trump is, unsurprisingly, threatening to sue her should the painting sell. This is how Trump and his ilk deal with ideas they don’t like – forcibly squashed with violence or repressed with enormously petty and vindictive lawsuits. It’s just a little glimpse into what artistic expression and free speech would look under a President Trump.