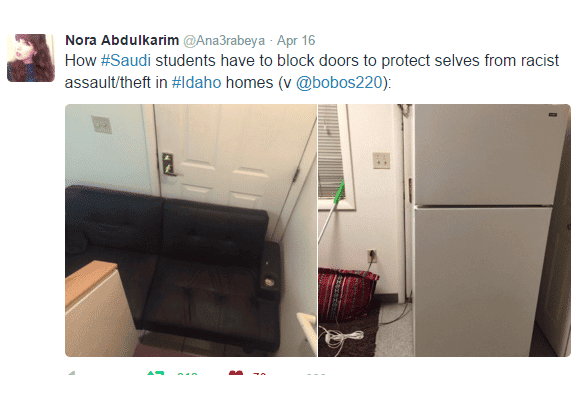 The rise of the Trump campaign has sadly brought the latent forces of American racism into public space, and they’ve manifested themselves in an extremely alarming string of Islamophobic assaults against American Muslims and citizens of other nations here to study. Evidence of this can be found at Idaho State University, where visiting Saudi Arabian and Kuwaiti students have been the victims of over fifty home invasions and  burglaries while seventeen have had their vehicles vandalized, with hateful messages left on the dashboards. Threats of physical violence and emotional harassment have also been made against Muslim students at ISU.

It’s gotten so bad that students have taken to barricading their doors at night while the Federal Bureau of Investigation has stepped in to investigate potential hate crimes. The Kingdom of Saudi Arabia and the State of Kuwait, which previously would offer scholarships for students to travel to Idaho for their education, have announced they will be suspending sending students over the racism and discrimination.

The head of the local Saudi Student Club, Abdullah al-Dossari, blamed the rise of Trump for the attacks: “Idaho supported Trump in his presidential bid and that the candidate used anti-Islam and anti-Muslim rhetoric that inflamed people and pushed them towards extremism and bigotry. In fact, the situation has become worse and the problems have become more acute.”

Some 1,200 Kuwaiti and Saudi students provide $40 million a year to the local economy, helping keep a university struggling with inadequate state funding on its feet. Soon, the town will be paying the price for their hate as students from Muslim nations stop coming. This can be viewed as an accurate metaphor for the rest of the country if we allow a raging Islamophobe like Trump or a Crusader extremist like Ted Cruz to take office. We must start holding our elected officials – and ourselves – to higher standard. The United States is a multi-ethnic, multi-gender, and multi-cultural society, and no amount of racism or discriminatory assaults will change that. Our diversity is one of our greatest strengths, and we disgrace ourselves before the world when these kinds of attacks occur so frequently in our nation.

How #Saudi students have to block doors to protect selves from racist assault/theft in #Idaho homes (v @bobos220): pic.twitter.com/QNqy42UJdt

@imraansiddiqi here are couple of the messages that students have been receiving pic.twitter.com/7tYpIYQgo1

This terrifying video, taken by a student, shows a unknown white man standing threateningly outside their home at 4:30 am.

Victim of a hate crime: 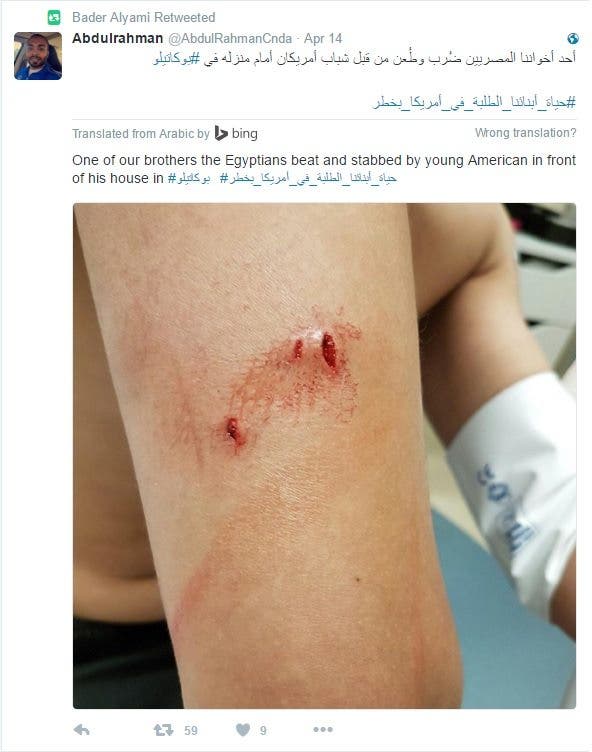 Here is a news recap of the full story: