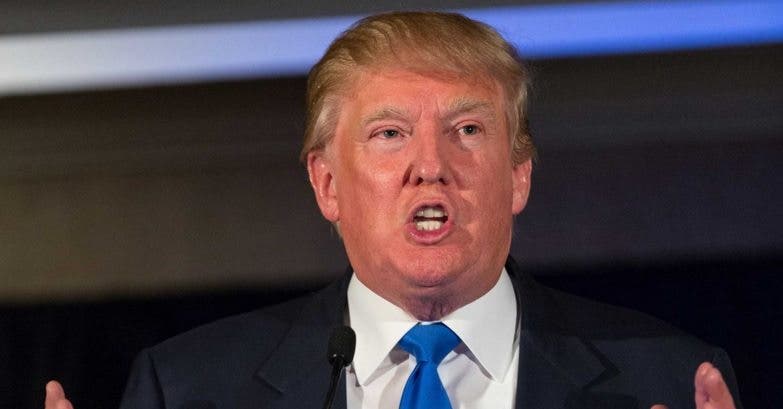 The Boston Globe yesterday reported on an interview with Rhonda Noggle, a model who was part of a 1992 Trump-inspired competition called American Dream Calendar Girls. This was Trump’s debut in the pageant business.  Noggle notes that she was part of “Trump’s little-known dalliance with a pin-up competition,” when she–as part of a festive group of contestants accompanied by Trump–piled into a limo “embarking on a circuit of exclusive clubs after a sumptuous dinner at the Plaza Hotel’s Oak Room.” Trump apparently decided to discuss his views on dating, declaring “all women are bimbos,” (sound familiar) and most were “gold diggers, who would be smart to go after men with money. Like him.” Noggle says she asked for the limo to be pulled to the curb. Before stepping out, she said of Trump: “I told him I would rather be with a trash man who respected me than someone who was a rich, pompous ass…And I got out. And I took a cab ride home.”

Not surprisingly, Trump has no recollection of the incident. Noggle’s account foreshadowed other allegations of misogyny and racial bias. Trump’s foray into American Dream Calendar Girls began as a partnership between George Houraney and Jill Harth, who operated the pageant. Eager to tap into the “glitz of Trump and his casinos. It ended in a bitter, drawn-out legal battle when the planned partnership crumbled after the first pageant.” Houraney and Harth alleged in court documents that Trump cheated them out of $250,000 fee and deprived them of up to $5 million in future business.” The case was settled in 1997.

However, at that time Harth had filed a related lawsuit detailing Trump’s alleged sexual misbehavior. Trump apparently asked Houraney who was married to Harth if he, Trump, was sleeping with her for the night. The suit also alleges:

“…that after a business meeting in January 1993, at his Mar-a-Lago estate in Palm Beach, Florida, Trump forcibly prevented [Harth Houraney] from leaving and forcibly removed [her] to a bedroom, where he subjected her to his unwanted sexual advances, which included touching of [her] private parts in an act constituting attempted ‘rape.”

Again, not surprisingly Trump denied all allegations. He suggested at the time “the suit “was a desperate attempt to get me to settle a case they can’t win.” Reportedly, Trump did settle the breach-of-contract suit for a six-figure sum later that year (after the sexual assault suit was dropped).

Perhaps more startling according to the civil suit Trump “directed that any black female contestants be excluded from a party he held at his home in Florida.” The Globe reported noted overtime “Houraney discovered what Trump’s type in women was: Blond hair. All American look. Not too tall, not too short.” Houraney says he was sensitive over charges that the contest was not diverse enough and always included black women in the packets he sent Trump for review.  “Never did Trump pick one.”

We also know from recently unearthed writings of legendary folk singer Wood Guthrie that Donald’s father was racist making it difficult for people of color to lease postwar housing he built. And we know that the apple did not fall far from the tree, because the Trumps, father and son, were brought before the Civil Rights Commission in 1979 for racial discrimination in their housing.

Donald Trump is running for the president of the United States and so it is natural allegations are resurfacing. It appears that Trump’s history of racism and misogyny are endemic to a man with a decades-long history of racist and women-hating behavior reflective of the real Donald Trump, the man who would be president. In fact, despite Trump’s protestations to the contrary in February 2016 Harth told the Guardian she stood by all her previous allegations.