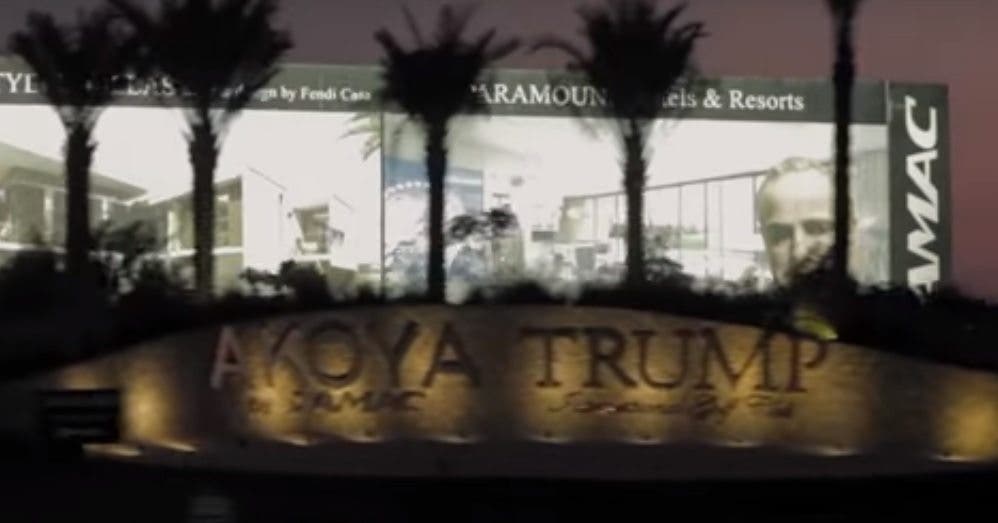 The construction industry in the Kingdom of Saudi Arabia and the Emirates of the Gulf relies largely on communities of migrant workers, who are treated like slaves, paid pennies while being forced to live in squalid conditions from which they cannot escape – their Arab employers having seized their passports when they arrive. These migrant workers are being used to build the Trump International Golf Club in Dubai, part of the $6 billion Akoya development project by DAMAC.

VICE went behind the scenes to capture this hidden camera footage of a migrant camp in Dubai, where the builders of the Trump International Golf Club live in filthy, overcrowded trailers and are forced to use a bathroom that doesn’t look “fit for human beings.”

This is the way Donald Trump does business – by exploiting the poor to keep himself and his cronies rich. His name is on the project, so that means he implicitly condones the enslavement of an estimated three million impoverished workers and has no problem with profiting off of their suffering.