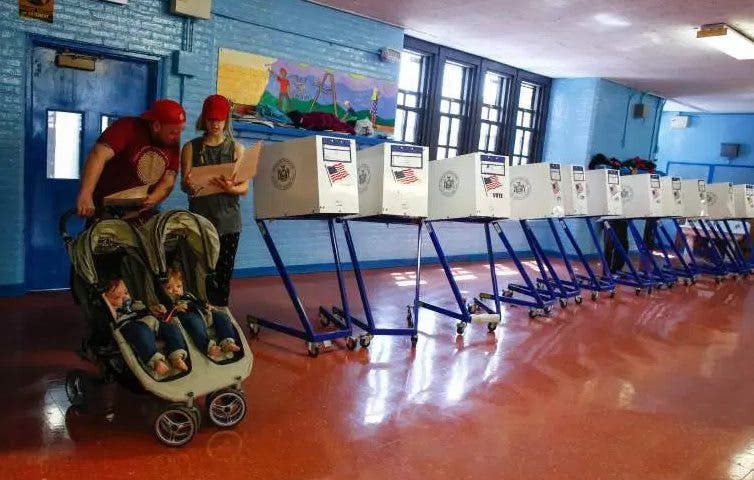 Michelle Obama Just Called Out Racist Republicans For Smearing Her Husband, Congratulated Him for Rising Above

The tumultuous investigation into the mystery of New York’s missing voter rolls has taken a turn down the rabbit hole. Concerned citizens across the country protested when it was revealed that over 125,000 New Yorkers had been mysteriously purged from the voter rolls, on top of a wide swath of other vote suppression issues – long lines, polling locations that never opened, those who suddenly found that their party registration had changed.

The New York Daily News found that Rudiano was in charge of making sure that voter rolls were up to date, but had fallen six months behind on her task – and that her efforts to cover up her inefficiency lead to 8% of Brooklyn’s voters being purged from the rolls. While some may be inclined to believe that this could have been part of a Republican plot to disenfranchise Democrats, others aren’t so sure. “It sounds like they cut a deal to make the Republican the scapegoat and protect [Democratic voter roll caretaker Betty Ann Canizio]” says one anonymous Democratic elected official.

No matter who is at fault here, it is clear that something is very wrong with our election process. New York state is home to some 20 million people, which is more population than many European democracies have at all – but only 19.7% of eligible voters cast a ballot, the second lowest turn out in the country after Louisiana. How can we continue with this pretense that we have a healthy and functioning democracy if only barely one-fifth of the population gets a chance to vote? Why do we still have closed primaries, for which you must change your registration six months in advance? Why have the closed primaries gone overwhelmingly in favor of the establishment candidates? Why are our voters being removed from the ballot?

America, we must demand answers.