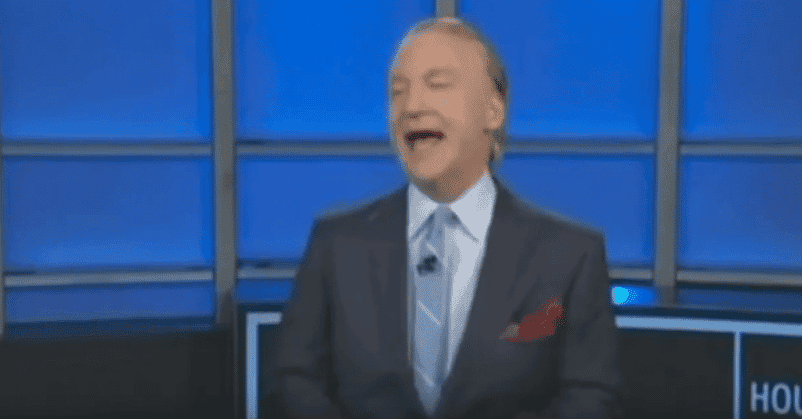 In this hilarious clip, comedian Bill Maher tears into Donald Trump and the media for suddenly pretending that a one-time absence of brutish and unprofessional behavior should be taken as a sign that the racist real estate tycoon is going to suddenly start acting presidential.

“They’re trying to say that the Trump, it’s all been an act, he’s really very presidential, a very reasonable guy, he’ll be different after the nomination. The last thirty years as the world’s biggest douchebag… that was just to get us ready! Oh please. This idea that this guy could ever change his stripes, that he could be presidential, yeah because on election night, Tuesday in new york, for three minutes he went onstage and acted like a normal person and didn’t urinate on the whole audience…He called Cruz “Senator,” it lasted three minutes!”

Maher nails it right on the head. The media circus that obsessively over-analyzes his every move has been nothing but encouragement for the demagogue. His supporters consistently say his “real talk” is a major reason they identify with him; months of criticism haven’t had the slightest effect on him – nobody expects him to give it up now!