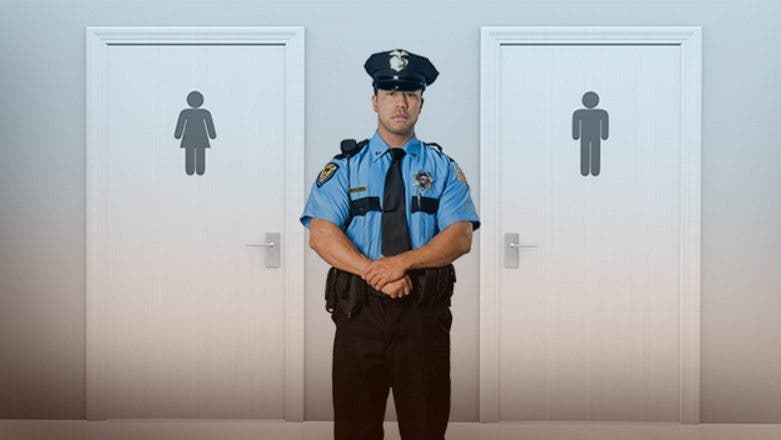 Religious extremist and doomed Republican presidential candidate Sen. Ted Cruz (R-TX) recently said that transgender Americans shouldn’t be allowed to use public bathrooms at all – and now a town in Alabama has turned that bigoted talking point into law. The city council of Oxford has just unanimously approved an ordinance that effectively bans trans citizens from using any public bathroom that doesn’t match the sex noted on their birth certificates.

Since it’s extremely difficult to change the sex on a birth certificate, the law effectively bans trans citizens from using public bathrooms at all – punishable with a fine of $500 or up to six months in prison. The move is apparently in response to retail giant Target’s decision to allow anyone to use “the restroom or fitting room facility that corresponds with their gender identity,” which provoked a firestorm of criticism and a fruitless boycott among conservatives online.

CNN’s Health section reports that Americans urinate anywhere from four to seven times a day. The ordinance is effectively a criminalization of basic bodily functions and places an undue burden on trans citizens who must now find a private bathroom to relieve themselves. It is a monstrous waste of time and energy over a contrived and baseless fearmongering campaign that attempts to demonize trans Americans as deviants and predators. The timing of the ordinance is supremely ironic, considering that former Speaker of the House Dennis Hastert just received fifteen months in prison over the improper disbursement of hush money to his molestation victims.

Not a single trans person has been convicted of committing any crimes in public bathrooms. Religious “family values” Republicans, on the other hand, have a long and sordid record of committing sex crimes and molesting children. The hypocrisy couldn’t be more real, and it’s astonishing that we have to have this absurd “debate” when there are so many real problems facing this nation – the blame for many can be placed on “family values” Republicans in the first place.