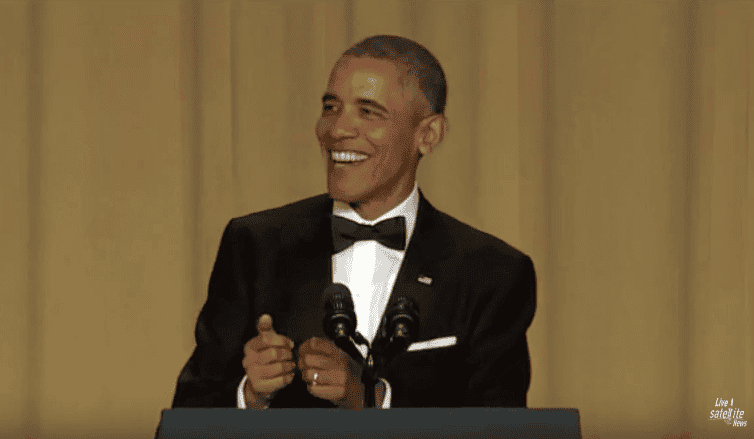 Tonight, at the 2016 Media Correspondent’s dinner, President Obama made a laughing stock out of coward and Republican front-runner Donald Trump —  who refused to attend only because the last time he came. He was badly embarrassed and ridiculed — and couldn’t bear to have it happen again.

Unfortunately for him, President Obama still didn’t let him get away with it, roasting him in his absence.

The president saved the best for last, ending it with a devastating joke that not only ridiculed Donald Trump’s foreign policy experience, but also ripped him for his terrible real estate record that involves several bankruptcies and countless lawsuits.