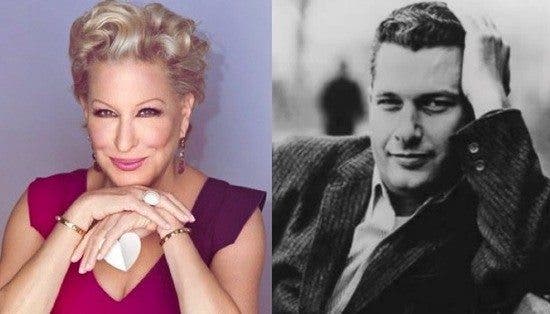 Bette Midler, the famous actress and singer, just tweeted an epic takedown of Donald Trump and the rest of the manipulative Republican demagogues who have clamored for the party’s nomination this year. The tweet, featured below, juxtaposed a picture of the racist, xenophobic, sexist warmongering GOP standard-bearer with a quote from Joseph Heller’s famous 1961 novel Catch-22:

It was miraculous. It was almost no trick at all, he saw, to turn vice into virtue and slander into truth, impotence into abstinence, arrogance into humility, plunder into philanthropy, thievery into honor, blasphemy into wisdom, brutality into patriotism, and sadism into justice. Anybody could do it; it required no brains at all. It merely required no character.” — Joseph Heller, Catch-22

It is remarkable how perfectly this quote encapsulates the modern-day GOP with its notorious campaign of lies, slander, and misrepresentation that has taken on ever-greater proportions as the 2016 presidential campaign provides a stage for some of the most reactionary and base figures in the party. When Heller originally penned his acclaimed World War II satire, he directed this quote at politicians of all stripes whom he saw as cynical manipulators of the easily-duped masses.

The rhetoric of Trump and the rest of the GOP today, however, proves just how timeless and relevant Heller’s magnum opus truly is. The sadism of torture becomes justice, the brutality of carpet bombing becomes patriotism, Trump’s capitalist plunder becomes philanthropy to the workers, his narcissistic arrogance becomes a virtue, his racist and misogynist slanders become the truth that only he is willing to tell over the din of political correctness.

The list of deceptions in the bizarro world Trump and his Republican brethren inhabit goes on and on, and, tragically, far too many American voters are duped by this cynical populist tactic that, as Heller’s writing shows, is as old as politics itself. Leave it to such a brilliant personality as Midler to unearth the perfect description of these Republican lies, and to such a brilliant author as Heller to pen them in the first place.