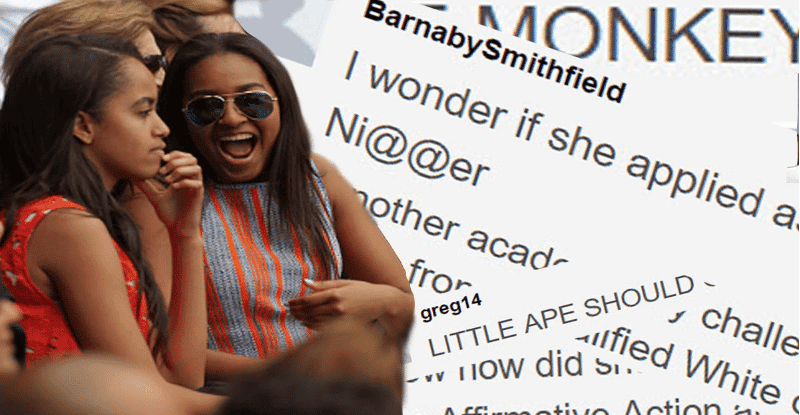 Watch: Republican Walmart Shopper Poor-Shames A Dad For Using Food Stamps In Front Of His Child

Malia Obama, the President’s 17 year-old daughter, recently announced that she will be attending Harvard University next year after taking a year off following her high school graduation. Fox News, like many news outlets, ran a small story on her decision, perhaps naively assuming that it would be a short feel-good piece about the long-awaited and much-deserved results of an intelligent young woman’s studious years of high school.

Instead, things instantly descended into a conservative internet hellhole of racism. In fact, things got so bad in the comments section that Fox News actually disabled commenting for the article and deleted the previous comments, every single one of which was racist in the most vile sense of the word. Luckily, the internet nabbed some screenshots of the vitriol, memorializing them forever:

While racism in the internet comments is not exactly a new phenomenon, the problem is endemic at Fox News, that bastion of conservative “values.” As numerous psychologists have noted, the anonymous platform provided by internet comment sections allows people to express the inner thoughts and beliefs that they would not be comfortable sharing publicly. This is the heart of the “political correctness” that Trump fans rail against: they essentially wish to turn the world into one big internet comment section.

Thus, the comments on any site are a window into the minds of that site’s readership, and it therefore comes as no surprise that Fox News’ commenters should be so horribly racist as to brutally attack an intelligent young African-American girl for attending college. It’s that age-old paradox of Schrodinger’s Republican: the party that is “not racist” continues to simultaneously attract all the racists.