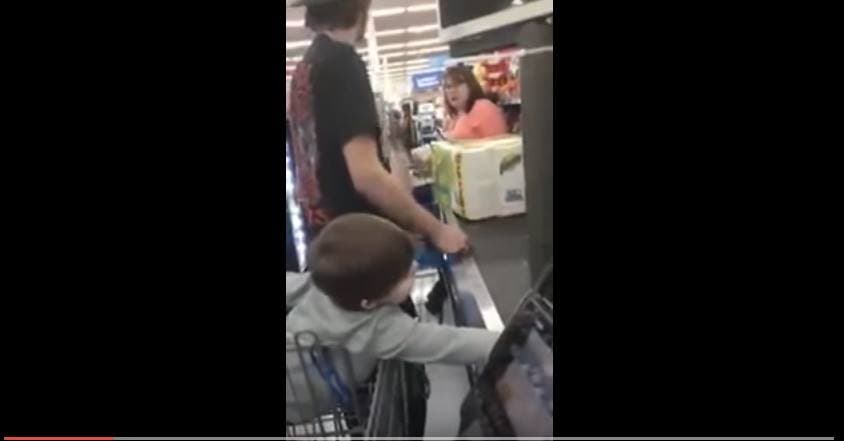 In case anyone needed any more evidence that the Republican war against the poor was a vibrant and cancerous force in our society, an innocent shopper and his child is attacked by a random self-righteous citizen for exercising his government-given Temporary Assistance For Needy Families benefits – disparaged and slandered as “food stamps” by far right extremists.

This poor father is promptly verbally assaulted by the customer, who immediately throws all standards of basic politeness and decency out the window. This misguided but hateful woman is intoxicated by the self-righteous validation that she draws from her hatred of the poor – a hatred carefully cultivated by the conservative echo chamber to pit the American middle class against each other and distract us from the undeniable fact that the wealthy upper classes are stripping our nation of what little resources we have left like ravenous piranhas on a boar carcass.

Such a painful scene has to be seen to be believed – but it happens daily across this nation. The alienation of the underprivileged and perpetually disenfranchised classes from each other is a classic divide & conquer tool used by the wealthy elites to exert their power across the world. We cannot allow their devious schemes to take hold in our nation.