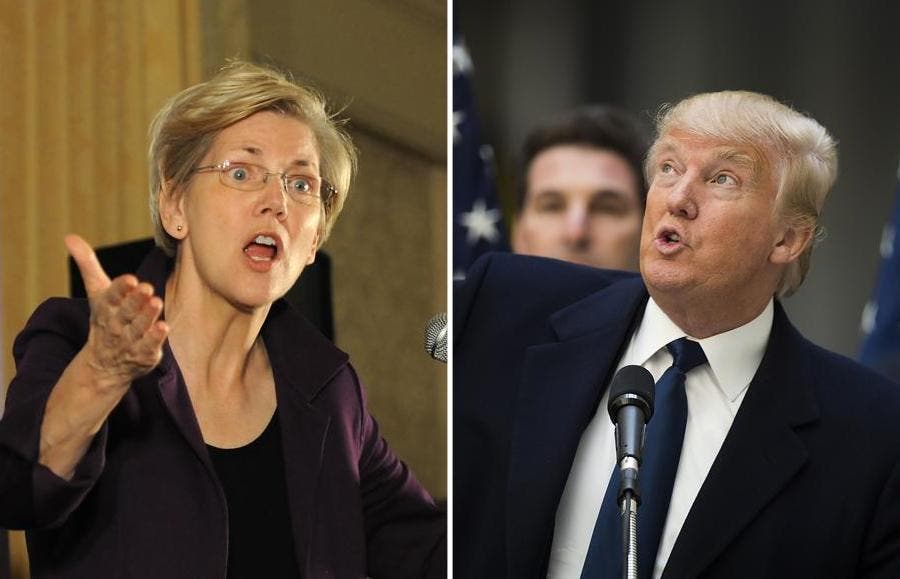 Middle-class champion Senator Elizabeth Warren (D-MASS) has just declared war on the Republican nominee Donald Trump in no uncertain terms. In a viral Facebook post, the vocal populist did not beat around the bush when it came to her rightful dissection of the GOP’s nominee for his incessant racism, bigotry, and misogyny. 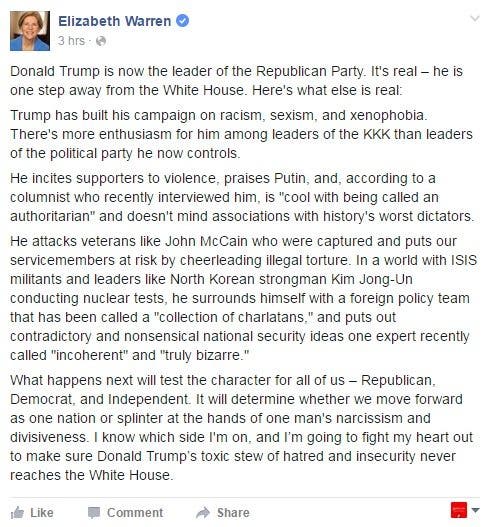 We couldn’t have put it better ourselves. Trump’s foreign policy team is a collection of dangerous neocons and Putainist sympathizers that should never be allowed anywhere near the White House and are an active threat not only to our national security but also to the world at large. His particular brand of ethno-nationalist rabble-rousing has elevated the very worst of American racism from the putrid depths from which it once wallowed into the mainstream of American politics.

While the Democratic primary continues its thoughtful and mostly civil discussion on the future of our nation, Trump and his followers gleefully embody the very worst aspects of humanity that led to the atrocities of the Second World War. He must be stopped, lest the sins of our great-grandfathers repeat themselves once again.

The author of this article also has a Twitter you should check out.