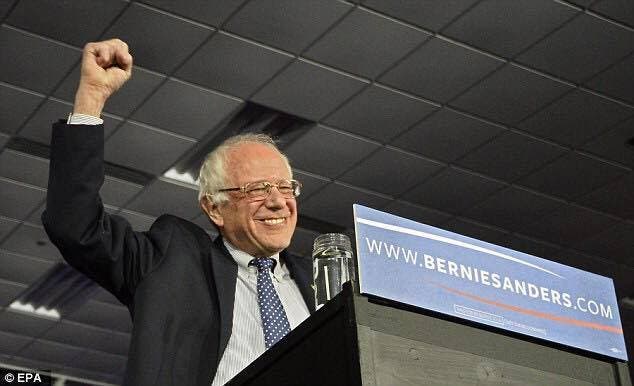 Senator Bernie Sanders (I-VT) has just been crowned as the winner of tonight’s presidential primary in Indiana. A tight race from the beginning, NBC, CBS, and FOX have all called the state for the populist champion.

The victory breathes new life into the political revolution of the grassroots upstart, who has defied all expectations and presented a major challenge to the pundit-presumed dominance of former Secretary of State Hillary Clinton. Leading by seven points, Sanders has clinched another 42 delegates towards the final total.

While the final counts have yet to be tallied, the middle-class crusader has already declared his intention to fight it out till the convention in June. A welcome disturbance in the forces of the Democratic Party, his campaign and his popularity are sending a clear message to the establishment – start taking notice of what the people demand.

As establishment of the the Republican Party crashes and burns in a white-hot ball of hatred and pretension, populist rabble-rouser and amateur fascist Donald Trump is all but guaranteed the nomination. Their self-inflicted destruction should be a stark warning for the establishment Democrats, but as reasonable and rational folks, we all have faith that the party elites will see the writing on the wall and accommodate, rather than foolishly dismiss, the populist insurrection that Sanders has led, no matter what name is on the ballot come November.