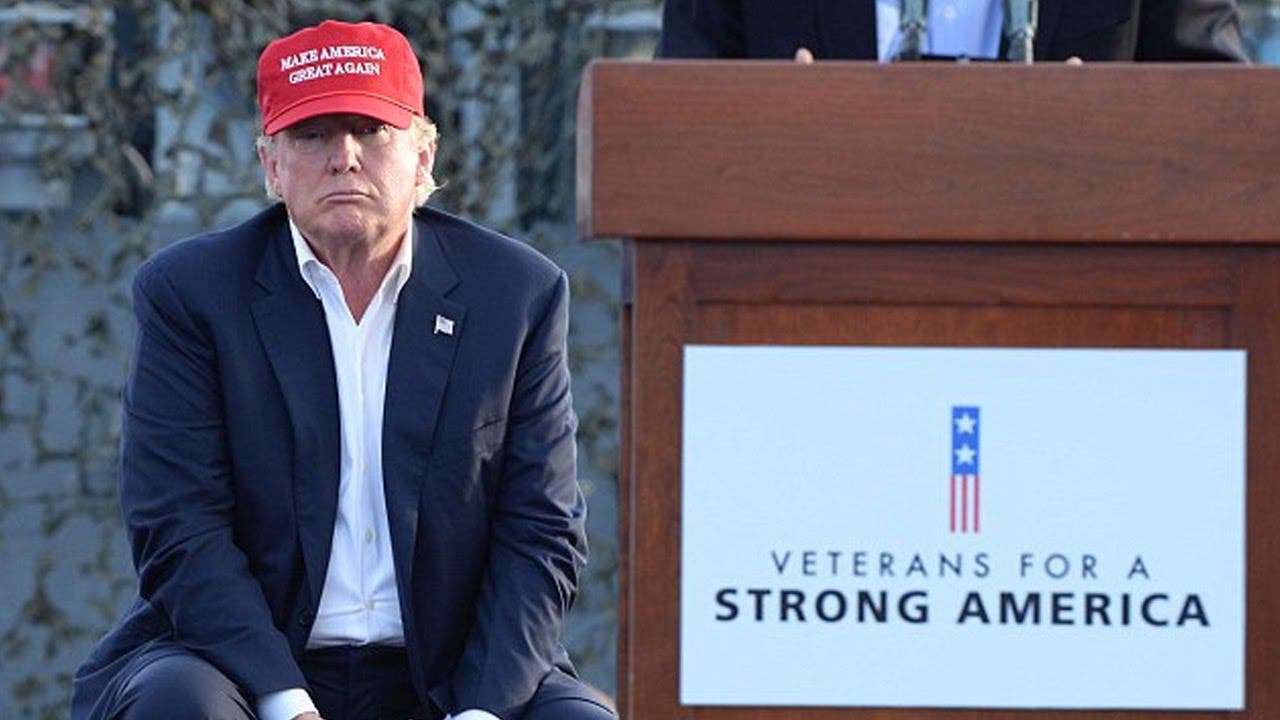 Despite his numerous assertions otherwise, presumptive Republican nominee Donald Trump has little use for our veterans except as a prop to pull out on stage for a few obligatory cheers – and our veterans are very well aware of that fact. Veterans groups around the country are sick and tired of being used for political puff points and then forgotten about as Trump then switches to all the ways they’re going to make new veterans with their dangerous warmongering – and they haven’t forgotten the way Trump ruthlessly mocked Sen. John McCain for being shot down, captured, and tortured during the Vietnam War.

To that point, fifty prominent veterans released a statement slamming him for his disrespect the dangerously incoherent mulch of half-formed and contradictory “ideas” that Trump passes off as a foreign policy.

Donald Trump recently discovered a new love for America’s veterans, promising that a Trump administration will ‘treat them really, really well.’ Yet after a publicity stunt earlier this year when he ditched a GOP debate to hold an event on behalf of veterans, his campaign still hasn’t distributed more than half of the $6 million dollars it allegedly raised. They don’t even know where that money has gone. And worse, this is part of a long pattern of the real Donald J. Trump, who for over a decade tried to get disabled veterans, legally operating as street vendors, thrown off of Fifth Avenue in New York City. He said that these Americans, who were simply trying to earn a living in the country they gave so much to defend, were ‘clogging and seriously downgrading the area.’

And yet, even as Donald Trump denigrates our nation’s current veterans, he’s putting our future veterans at risk with a risky and incoherent foreign policy. Republican and Democratic national security professionals agree that a Trump administration would make America dangerously less safe while reducing its standing and influence in the world. His embrace of both military adventurism and isolationism, and his support of the use of torture will not only recklessly place our troops in harm’s way, but will dramatically increase the risk to our service members serving in operations overseas. Trump’s policies are detrimental to the young men and women who volunteer to serve this country, from the moment they join the armed services to the end of their career, civilian or military. He can’t be trusted, by our veterans or anyone else.

It’s time for Donald Trump to stop using vets as political props, donate the rest of the money he raised and build a real understanding of the needs and concerns of the men and women who have served America.

His failure to properly disburse charity funds and his long history of disrespect towards our armed forces is old news. What is worthy of fresh discussion is the recent “foreign policy” speech that Donald Trump gave a few weeks ago. In it, he lays out his plans for our international relations – and they are utter nonsense. He complains that our military is shrinking and underfunded and we must make it “great” again, then in the next sentence complains about the national debt and how we can’t afford to spend anymore. He said we should be isolationist and stay out of foreign conflicts, but also we should intervene to save Christians trapped in Daesh (ISIS/ISIL)-held territory. President Obama doesn’t support our allies enough, but President Trump would cut off their military aid and let them fend for themselves.

The disciplined and well-trained members of our military recognize that this rampant inconsistency is evidence not only of a lack of conviction but also a shocking lack of basic understanding as to how international relations works. Such reckless ignorance is a clear and present danger for our brave military men and women who will be putting their lives on the line when push comes to shove – and they don’t want Trump to be making those decisions.

Here are the names of the men and women who signed the statement in protest of Trump: