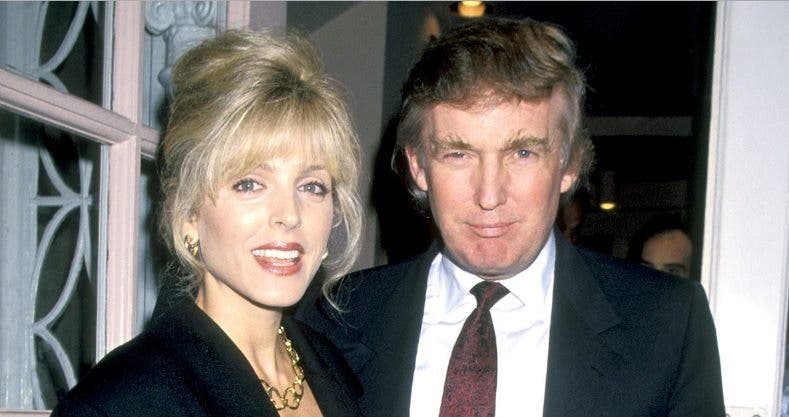 In case we all needed a reminder about how much a callous and cold-hearted misogynist that presumptive Republican nominee truly is, Buzzfeed dug up yet another shocking story that the Trump camp has been fighting to keep under wraps. Donald Trump apparently informed his second wife, Marla Maples, that he didn’t even have the courage to tell her that he was divorcing her to her face. Instead, he called the New York Post and sent her a copy of the tabloid with that headline.

Trump’s biographer Robert Slater revealed in 2005 that Trump demanded that he take out a section of the biography that concerned this story: “He asked me to take out an anecdote that he had told me on the plane flying to Chicago about how he had informed his second wife that he was going to divorce her by announcing it first to the New York Post.” Slater also revealed that Trump forced him to change the cover image of the book, No Such Thing as Over-Exposure: Inside the Life and Celebrity of Donald Trump, because it “made him look fat.”

This very day, Trump is on the campaign trail attacking current Democratic presidential candidate and former Secretary of State Hillary Clinton for being an “enabler” of her husband’s infidelities. As usual, Trump’s hypocrisy is simply staggering. While former President Clinton’s dalliances were unbecoming of his office, Trump has a long and sordid history of disrespecting women, has made outright misogyny a central part of his own political platform and has been accused of multiple heinous sexual assaults.

While his disgusting disregard for the feelings of anyone not named Donald Trump is well documented, the incident also speaks to his own lack of personal fortitude and sheer cowardice. If he couldn’t tell his own wife that he was going to divorce her, how is he going to stand up to a ruthless dictator like Russia’s Vladimir Putin or Turkey’s Recepp Tayipp Erdogan? It’s most unbecoming of someone aspiring to leadership. Shame!