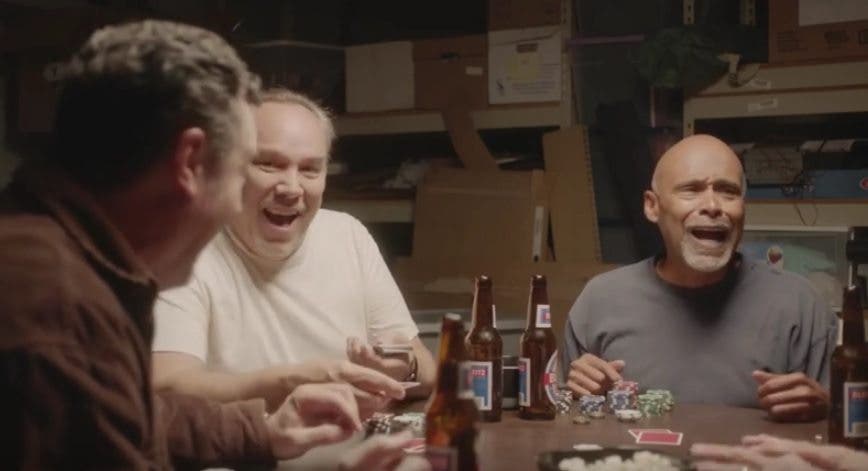 This amusing attack ad should be shown to all your relatives or friends who might be inclined to make the unfortunate decision to vote for Donald Trump. It depicts some men sitting around playing poker when one of them says he thinks that Donald Trump would be a good poker player, since he’s “such a successful businessman” and such a “dealmaker” – at which point the others burst into laughter and quickly correct the man’s misconceptions.

He has structured his campaign around a grossly exaggerated business record and personal wealth, constant repeating nonsense about all the “deals” he’s made when the record shows he is nothing of the sort. No major company has filed for bankruptcy as many times as Donald Trump‘s casino empire has. He would be richer today if he had just invested his money into a mutual fund in 1974 and done nothing.

Trump is not a successful businessman, and we need to dispel this delusion from the American people. They need to know what they’re really buying.