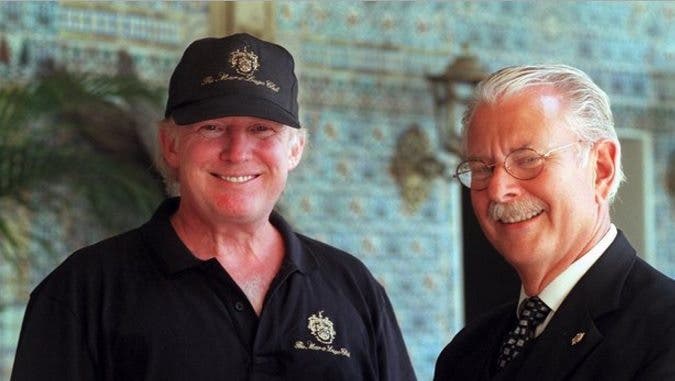 Street Artist Paints The Trump Mural We’ve Been Waiting For

Donald Trump, the “anti-establishment” candidate who characterizes himself as a populist, just got in some hot water over Facebook posts made by his butler (because every “man of the people” has a butler). The man in question, Anthony Senecal, 74, harbors a deep dislike for our President, sentiments he was not afraid to share: “To all my friends on FB, just a short note to you on our pus headed “president” !!!! This character who I refer to as zero (0) should have been taken out by our military and shot as an enemy agent in his first term !!!!!”

NBC News called up Senecal a few hours ago for comment – and the man promptly doubled down on his desire to publicly execute President Obama, calling him a “traitor” and saying that the President and former Secretary of State “Killary” (his words) Clinton should both be “hung from the white mosque.” But he didn’t stop there.

He also called for the cities of Milwaukee and Detroit to be designated as “nuclear bomb sites” because they have been ““totally disgraced by Muslims.” When the questioner remarked that those cities are in fact in the United States, Senecal said that “We need to bomb them out…I don’t care that they’re in the US. They don’t belong here.”

Senecal has worked for Donald Trump for over thirty years. While these are clearly the ravings of a deranged old man, it just goes to show what kind of people Trump hires to work for him – and what kind of people he keeps close. The truly disturbing fact is that this will probably have no effect on Trump’s popularity – and we shudder to wonder how many of his voters share these kinds of radical views.

To put it in amusing perspective:

Where are the condemnations from moderate butlers? https://t.co/9ERErQnXWq