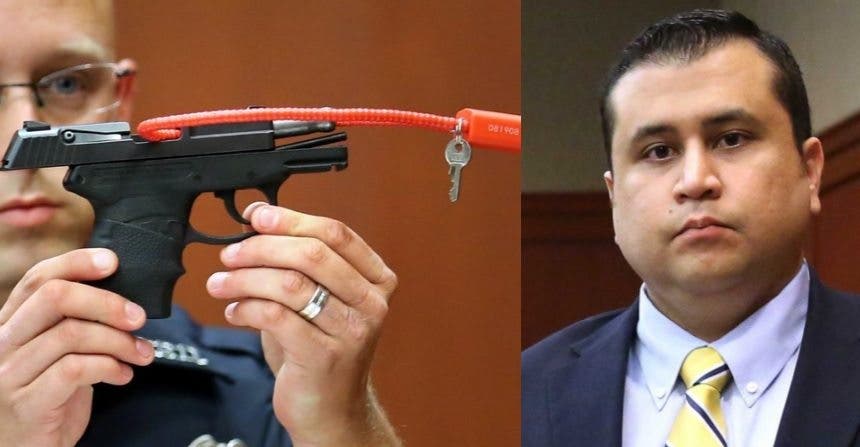 This election is certainly the most bizarre media cycle our nation has ever seen. In a week which saw a white supremacist offer to be Donald Trump’s vice president and his butler demanded that we launch nuclear missiles on Detroit, we now have yet another story that refuses to die – murderer and domestic abuser George Zimmerman’s efforts to sell the weapon he used to kill black teen Trayvon Martin, knowing that racists around the nation would leap at the chance to own a relic of modern white supremacy.

Of course, a story involving one the most hated men in America wouldn’t be complete without yet another heartless bastard throwing his hat into the ring. Martin Shkreli, the so called “pharma bro” who gained international notoriety after buying the expired rights to a life-saving HIV/AIDS drug and then jacking up the price by 5000%, has announced that he wants to buy the weapon, ostensibly so he can “put it in a museum” as a “disgusting reminder of racism in America” – but let’s be honest here. It’s very hard to believe that a man who is currently under investigation for defrauding his investors and openly believes that extorting money out of sick people is an exemplary business practice has suddenly grown a conscience and a sense of social justice.

Efforts to sell the weapon, however, have been hit with several roadblocks. The first site that the contemptible Zimmerman posted the listing on promptly took it down; his second attempt was derailed by trolls posting bids as high as $65 million dollars under names like “Racist McShootface” and “Weedlord Bonerhitler.” Racists on Twitter immediately leapt to Zimmerman’s defense, as they are wont to do. It’s hard to decide which man is a more heartless disgrace to the human race. The fetishization of a murder weapon and the celebration of racially charged slaughter is one of the most morally reprehensible inclinations that one could come up with – but it’s just one more story on the news feed of Trump’s America.